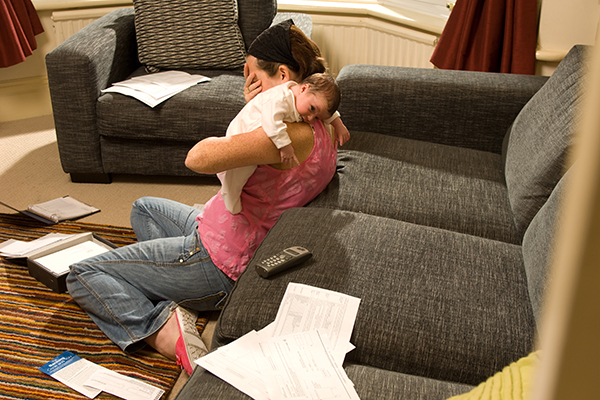 The FDA has approved the first-ever treatment for postpartum depression, which is estimated to affect one in nine U.S. women.

After years of study and trialing, the agency finally approved the IV drug known as brexanolone. In particular, in two double-blind, randomized, placebo-controlled, Phase III trials of brexanolone, researchers found a significant reduction in symptoms at 60 hours of infusion compared to placebo.

In the March issue of OB/GYN Clinical Alert, Nicole Cirino, MD, wrote a detailed cover article about this research and what the new drug means for patients.

“It is perplexing that it has taken this long to find an effective ‘hormonal treatment’ for [postpartum depression] given the robust evidence showing that hormonal factors play a key role in etiology. Our patients routinely request hormonal treatment for perinatal mood and anxiety disorders, but none are available. [Brexanolone] is novel in its approach, yet quite simple in its mechanism of action,” Cirino wrote. “[Brexanolone] will present a strong alternative to SSRIs for first-line treatment of [postpartum depression] because of its rapid onset of action, robust response rate, and low side effect profile. I hope further research will explore its efficacy in perinatal bipolar depression and perinatal anxiety disorders.”

While certainly a breakthrough in science, there will be some restrictions on the drug’s use. Specifically, because of concerns about serious side effects such as sudden loss of consciousness, the drug must be administered by a medical professional in a certified health facility. In her article, Cirino noted the drug must be administered over a 60-hour period with 72-hour medical monitoring. This could be especially problematic for the mental health field, “where basic services often are denied or underinsured for many patients.”

“The very real barrier to the successful launch of this product is not in the science behind it, but the ability to navigate the healthcare delivery system to be able to provide it,” Cirino added.

For even more information about brexanolone, be sure to read upcoming “Pharmacology Update” columns in Internal Medicine Alert.