Despite Benefits, Some Patients Avoid Statins 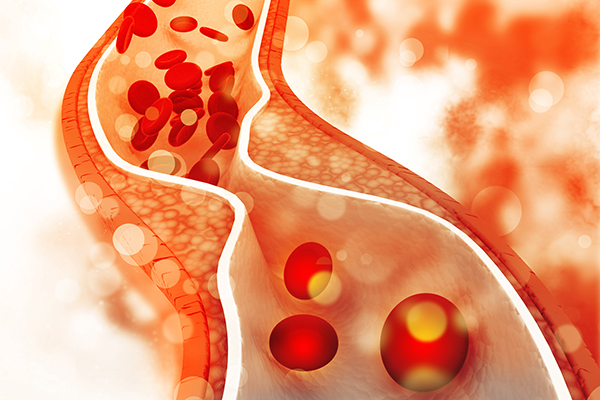 In a recent analysis of a U.S.-based registry that includes several thousand patients, investigators discovered that a significant number of those patients had never taken statins or had never been offered the choice, despite the drug’s well-known role in lowering risks for heart attacks and strokes.

Researchers studied close to 5,700 U.S. patients included in the Patient and Provider Assessment of Lipid Management registry, which represents 140 cardiology, endocrinology, and primary care practices. All patients were deemed statin therapy-eligible based on national guidelines. More than half of patients had been diagnosed with atherosclerotic cardiovascular disease; the others were primary prevention patients with an indication for statins.

“We need to focus our efforts on improving how doctors identify patients who need to be on a statin and how they present information to patients to ensure that no one is missing the opportunity to improve their heart health,” Corey Bradley, MD, lead author of the study and a researcher at the Duke Clinical Research Institute, said in a statement.

Among patients who declined statins or discontinued the drug, the top reason was fear of side effects. “Although there are risks associated with statins, the public fear of side effects is out of proportion to the actual risks,” Ann Marie Navar, MD, PhD, senior author of the study and assistant professor of medicine at the Duke Clinical Research Institute, said in a statement. “Misconceptions about statins are everywhere and are fueled by false information on the internet. We need better tools to help combat this type of misinformation.”

For some patients, taking statins still may not be enough to lower cholesterol. In the January issue of Clinical Cardiology Alert, Editor Michael Crawford wrote about a study in which investigators examined patients with extremely high cholesterol who have not responded well to high-intensity statin therapy.

Compared to adding placebo, using the PCKS9 inhibitor alirocumab in post-acute coronary syndrome patients on maximally tolerated, high-intensity statins with LDL cholesterol levels higher than 70 mg/dL lowered those levels and reduced the number of major adverse cardiac events. Dr. Crawford wrote that the results of this study are likely to set off a broader debate about how low is too low when it comes to cholesterol levels.

Beyond pharmacotherapy, lifestyle modifications, such as exercising more and smoking less, certainly reduce the risk for not only adverse cardiovascular events but also plenty of other health maladies. In the March issue of Primary Care Reports, Harvey S. Hahn, MD, FACC, noted that with medication noncompliance, drug shortages, and various recalls, “lifestyle modification stands as the most cost-effective way to manage population health.”

“Medication compliance is a major issue and most likely only will worsen with misinformation on the internet and distrust of large pharmaceutical companies. A recent study specifically examining statin adherence found that pharmacy refill rates were only 79% in post-myocardial infarction patients, 67% in patients with diabetes, and 63% in patients without diabetes and cardiovascular disease.”

Regarding other modifications, such as a healthier diet, Hahn pointed to another study that revealed adhering to a vegan diet led to a 30% reduction in LDL cholesterol over four weeks, similar to what happened to patients on low-intensity statin therapy over the same period.

“However, being vegetarian or vegan is not necessarily healthy … the type of diet, per se, may not be as important as the actual elements being consumed,” Hahn acknowledged. “Data from a well-done review article showed consistent elements between low-carb, low-fat/vegetarian/vegan, low-glycemic, Mediterranean, Paleolithic, and mixed/balanced diets. These included limited refined starches, added sugars, and processed foods; limited intake of certain fats; and increased intake of whole plant foods.”