Home » A Bold Strategy to End the AIDS Epidemic in the U.S.

A Bold Strategy to End the AIDS Epidemic in the U.S.

Having been in this fight for decades, IPs cannot be complacent 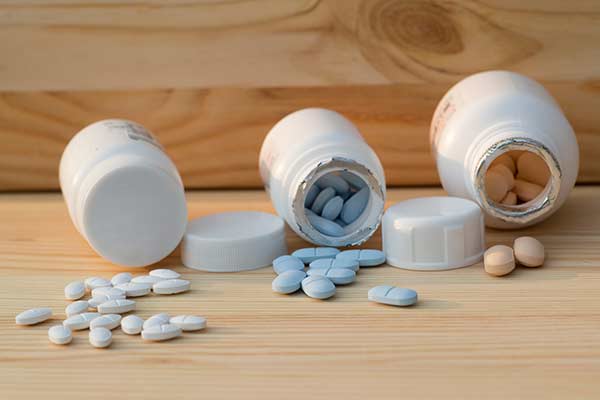 For whom the bug tolls: MRSA kills more people in U.S. annually than HIV/AIDS

Nearing 30th anniversary of HIV/AIDS in the U.S.

Marshalling an array of treatment and prevention advances, public health officials have established an ambitious plan to essentially end the AIDS epidemic in the U.S. in the next decade.

While taking an overall national approach, the plan — part of a collaboration between the Centers for Disease Control and Prevention (CDC) and other federal agencies — would target specific geographic areas and at-risk populations. The goals are a 75% reduction in infections in the next five years and a 90% reduction in 10 years.1

The plan calls for an aggressive testing and treatment approach that links rapid HIV infection diagnosis with initiation of drugs that can reduce the circulating virus to undetectable levels.

“We can now say with a good degree of scientific certainty that ‘undetectable’ really does equal ‘untransmittable,’” Anthony Fauci, MD, a pioneer in AIDS treatment and research at the National Institutes of Health (NIH), said at a recent CDC meeting. “That is one of the foundations of what we are doing with this plan.”

The adjunct to rapid detection and treatment is having at-risk but uninfected populations, such as men who have sex with men, use new prevention approaches like pre-exposure prophylaxis (PrEP). The CDC estimates that one prophylaxis pill a day is 97% effective at preventing HIV transmission from an untreated sex partner. In addition, the national plan calls for rapid response to HIV clusters, such as those linked to IV drug users.

There are approximately 1 million people with HIV infection in the U.S., with some 40,000 new infections each year. Testing is a critical first step, as the CDC estimates that nearly 40% of people with HIV either don’t know about their infection or know but are not in treatment to suppress the virus. This group accounted for 80% of HIV transmission in 2016, the CDC reported.

Those driving transmission in the community also pose risk when in the hospital, says Karen Hoffmann, RN, MS, CIC, FSHEA, FAPIC, president of the Association for Professionals in Infection Control and Epidemiology.

“I think it is great that they are focusing on people who are not recognized to have HIV infections,” she says. “When you don’t know it and are early in your infection, the viral load is very high, which means a high risk of transmission in the community.”

A higher titer of circulating virus presents greater risk to healthcare workers if there is a blood exposure to these patients, such as needlesticks. Although a major concern early in the epidemic, hospital transmission of HIV is now exceedingly rare with standard precautions, sharps safety devices, and effective post-exposure prophylaxis treatments for exposed workers. In addition, more than half of people with HIV in the U.S. are under treatment, which means they pose virtually no risk of nosocomial transmission.

“Healthcare workers who are exposed to a needlestick involving HIV-infected blood at work have a 0.23% risk of becoming infected,” the CDC reports.2 “In other words, 2.3 of every 1,000 such injuries, if untreated, will result in infection.”

There have been 58 cases of confirmed occupational transmission of HIV to healthcare workers in the U.S. Of these, only one confirmed case has been reported since 1999, the CDC notes. However, there are another 150 possible cases. The numbers also likely reflect some underreporting, as case reporting of occupational HIV is voluntary.

The gains in preventing and treating HIV are remarkable, but Hoffmann warns against celebrating imminent victory in these latter years of the epidemic.

“As IPs, we are always fighting complacency with hand hygiene, appropriate PPE [personal protective equipment], and sharps safety to build compliance on a perpetual basis,” she says.

“For IPs, the issue is that half of the people out there with HIV don’t know it — and we don’t know it. We can’t be complacent.”

The CDC reported in 1981 that five gay or bisexual men with an unexplained Pneumocystis carinii pneumonia had been identified in Los Angeles. Two of them had died and the etiologic agent was completely unknown.

“The occurrence of pneumocystosis in these five previously healthy individuals without a clinically apparent underlying immunodeficiency is unusual,” the CDC stated.3 “Observations suggest the possibility of a cellular-immune dysfunction related to a common exposure that predisposes individuals to opportunistic infections.”

The AIDS epidemic had begun. Those first deaths in the U.S. have now been followed by 700,000 others.

“HIV has cost America too much for too long,” Jerome Adams, MD, MPH, U.S. Surgeon General, said at a recent CDC press conference. “And the sad reality is, if we accept the status quo, over the next decade another 400,000 Americans will become infected with this virus.”

After five years of decline, HIV has plateaued in the U.S. since 2013. This is primarily because the effective prevention and treatment options are not being pursued by many people at risk, said Robert Redfield, MD, director of the CDC. The idea in the plan is to increase access to testing, treatment, and prevention, particularly in communities at greatest need.

“The majority of new infections occur among gay and bisexual men — with black and Latino gay and bisexual men bearing the disproportionate number of those infections, especially those between the ages of 25 and 34,” he said. “HIV touches every corner of our country, mainly cities but rural areas as well, with diagnosis rates currently highest in the South.”

The CDC and its partner agencies are establishing teams to target HIV infection in high-burden areas. The approach will bring in local health officials, implementing systems to increase routine HIV testing in clinical settings and reach more people with nonclinical testing options, Redfield said. Those at-risk but HIV negative will be directed to prevention resources.

“This includes increasing PrEP availability in community health centers, providing training of healthcare professionals, and conducting outreach for those at highest risk,” he said. “This is a missed opportunity. If we increase access to testing and treatment for HIV infection, we can prevent a lion’s share of new infections in this country.”

We need look no farther than measles to realize a national triumph over a disease does not end the continuous threat of international introductions reaching susceptible populations. The national plan faces a steep and thorny path, but the tools are at hand now to end one of the worst epidemics in human history. It is an open question whether this approach could be applied globally, but it may represent the best hope until an HIV vaccine can be developed.

The World Health Organization estimates that 37 million people are currently living with HIV/AIDS. Another 35 million have died globally of HIV/AIDS since those first cases appeared in 1981.4 A few years later, researchers identified the causative agent as human immunodeficiency virus, enabling testing of patients.

Researchers subsequently found in this century that the natural reservoir for HIV is Pan troglodytes troglodytes chimpanzees5 in Cameroon, where bushmeat hunters likely acquired the virus in butchering and consuming the animals. Some researchers note that HIV may have circulated for decades in central Africa, spreading primarily among heterosexuals before emerging and spreading rapidly among gay and bisexual men in the U.S. (See Hospital Infection Control & Prevention, July 2013.)

“Life expectancy of my patients in the winter of 1981-82 was about one year,” said Fauci, director of the NIH National Institute of Allergy and Infectious Diseases. “The reason was they came to us with advanced disease because we could not diagnose the infection. We didn’t know what it was. We were taking care of individuals with a disease that did not have a name yet.”

As the epidemic advanced, it became clear that HIV could have been acquired a decade before, with patients only presenting for treatment when they had progressed to full AIDS, which was marked then by opportunistic infections after the immune system broke down. With the dramatic advances in antiretroviral therapy, young people diagnosed with HIV today can live close to a normal life span if they are compliant with treatment, he said.

“Today, if I see a patient who is about 25 years old and recently infected, I put them on a combination antiretroviral therapy,” Fauci said. “I can look that person in the eye and tell them quite honestly that if they take their medication, they likely will live another 50-plus years.”

Having researched HIV and treated AIDS patients for decades, Fauci says the key advances were made possible as scientists broke down the HIV replication cycle and found ways to interrupt it at critical points.

The first major breakthrough was in 1987 with the approval of the drug AZT, which first showed the level of virus in the blood could be reduced temporarily, he said. With the development of two-drug combination therapy in the 1990s, viral counts could be diminished further, but again, this effect could not be sustained indefinitely.

“But in 1996, with the advent of the protease inhibitor, which introduced the three-drug combinations for the first time, we were able to drop the level of virus below the detectable level and keep it there indefinitely,” he said. “Today, we have more than 30 drugs which when given in combinations have completely transformed the lives of individuals.”

The future will see longer-lasting combination drugs in a single pill or given in injections, he said. This therapy is really the “game-changer” because studies of condomless sex show that HIV-positive men cannot transmit the virus if they are under effective treatment.

“The fundamental scientific and clinical basis for this plan is ‘treatment is prevention’ — plus PrEP,” he says. “We know it will save lives, prevent suffering, and prevent new infections. There are good examples throughout the country that show that when you aggressively and proactively do diagnosis, treatment, and prevention, things change.”

The critical fight will be in the geographic and demographic hot spots where HIV has currently found a reservoir.

“We are not naïve — we know we are not going to get this right the first time,” Fauci said. “We are dealing with a lot of diversity. What we do with African-American men who have sex with men may be different with transgender persons, clusters of IV drug users, and heterosexuals.”

Likewise, approaches may be different in rural versus urban communities. The plan is to monitor the interventions in real time and keep striving toward best practices, he added.

“People say, ‘You have been doing this for 37-and-a-half-years — how is this new?’” he said. “This is the first time that an accelerated effort to implement HIV treatment and prevention in the U.S. has been simultaneously undertaken by multiple HHS [U.S. Department of Health and Human Services] agencies that are focused specifically on concentrated target populations.”

A Bold Strategy to End the AIDS Epidemic in the U.S.