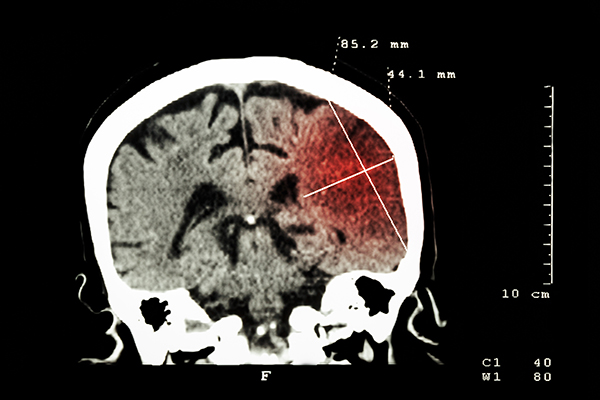 TPA in ischemic stroke: Diagnosis is one thing, but timing is everything

Missed Compartment Syndrome in the ED Often Leads to Litigation

The Borderline Personality Disorder and Its Paradoxical Association with Pain

The authors of most studies on diagnostic error in the ED use a “look back” approach. Researchers start with the misdiagnosis, then examine the factors associated with it. Other investigators recently used a different method.1

“We took a ‘look forward’ approach in our analysis. We took common symptoms and looked to see the misdiagnoses from these,” says study author Nicole Dubosh, MD. The researchers investigated misdiagnosis of neurological emergencies in the ED for two common complaints: headache and back pain.

“Our methodology is different than many studies about misdiagnosis. It’s a ‘needle and haystack’ phenomenon,” says Jonathan A. Edlow, MD, FACEP, another of the study’s authors.

In this case, the researchers studied the whole “haystack” (for example, all patients presenting with back pain) with the goal of finding only those “needles” (patients with epidural abscess, for instance) who were misdiagnosed in the ED. “Many other papers look only at the pile of needles [only the abscesses], and then see what proportion had been misdiagnosed,” explains Edlow, a professor of emergency medicine at Harvard Medical School and vice chair of the department of emergency medicine at Beth Israel Deaconess Medical Center in Boston.

Using the same “look forward” approach, researchers examined all patients presenting with headache. “Very few have strokes, and only a proportion of these are missed,” Edlow adds.

Dubosh and Edlow did not look at how many of the undiagnosed cases became malpractice claims. However, Edlow says “these cases do tend to have large payouts due to high disability.”

A typical plaintiff in a missed epidural abscess malpractice case: A patient with persistent back pain and bilateral leg radiation, with or without fever, who has a major risk factor (such as IV drug use or a recent bacteremia). The neurological exam is normal, and the patient is diagnosed with simple sciatica. However, the patient returns two days later paraplegic with bladder dysfunction that is permanent.

“Besides the obvious risk factors, sciatica is almost never a bilateral process,” Edlow says. It is also important to know that patients with epidural abscess can go from a normal neurological exam to a serious deficit rapidly due to cord infarction from a septic arteritis or thrombophlebitis, Edlow adds. Some key findings:

• In both populations, male sex, non-Hispanic white, advanced age, and comorbidities (such as HIV/AIDS, malignancy, or neurologic disorders) were associated with higher odds of a bad outcome in both groups.

• Overall, 0.2% of back pain patients and 0.5% of headache patients returned to the ED and were hospitalized for primary diagnosis of a serious neurologic condition or died in hospital within 30 days of ED discharge.

“In terms of percentages, emergency physicians are actually doing a decent job based on our results. However, there is always room for improvement,” says Dubosh, an assistant professor of emergency medicine at Harvard Medical School.

“More education and awareness is needed on these specific conditions in order to reduce malpractice claims,” Dubosh offers. Edlow says, “The medical/legal implications are tough because there is no magic way to improve this low miss rate.” Knowledge gaps are one known issue.2

A recent malpractice case involved an elderly patient who came to the ED with confusion and inability to walk. “It was assumed by the emergency physician to be psychiatric because the patient had a psychiatric history,” Gelb says, noting only a cursory neurologic exam was performed, which was documented as “grossly normal” and “unable to test.”

“The patient had a fairly classic left middle cerebral artery stroke with aphasia and right hemiparesis,” Gelb explains. The patient presented just two hours after onset of symptoms, but because stroke was not diagnosed, no therapy was offered. Aphasia was misunderstood to be psychiatric conversion, depression, or lack of cooperativity. Hemiparesis was not diagnosed because the patient was not following verbal commands because of aphasia.

“The patient was diagnosed the next day as an inpatient, too late for intervention,” Gelb notes.

How to Reduce Misdiagnosis

For stroke, Jonathan A. Edlow, MD, FACEP, a professor of emergency medicine at Harvard Medical School, offers these potential ways to reduce misdiagnosis:

Usually, CT in the first hours of stroke is negative. “But less well-recognized is that for patients with posterior circulation stroke, even MRI with diffusion-weighted imaging can be negative in the first 48 hours,” Edlow notes. This is particularly true for patients presenting with isolated dizziness.3

“It is important to understand the unpredictable time course of the neurological deficit, which is often sudden,” Edlow adds.

On the other hand, Gelb says these factors make it more likely the plaintiff attorney will decide to pursue a missed stroke malpractice claim:

“This allows the plaintiff to say there was time for intervention to improve outcome,” Gelb explains.

With or Without Gag Clauses, It Is a Hurdle for ED Defendants to Blame EHR

Liability Exposure if Communication Is Poor Between ED and Consultant