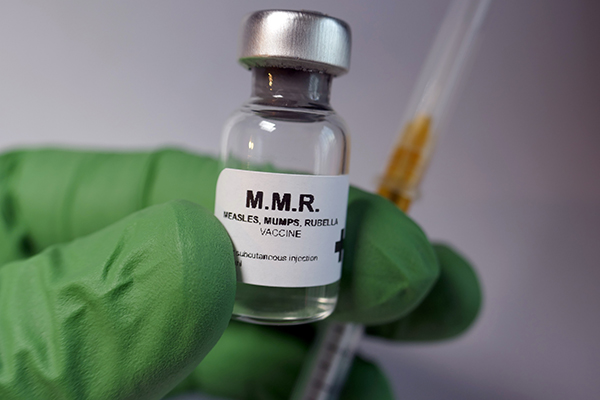 Abstract & Commentary: Measles — It's Back!

Ribavirin For Hantavirus Cardiopulmonary Syndrome. . . It’s Back to the Drawing Board

SYNOPSIS: The number of measles cases in the United States has exceeded 1,000 so far in 2019, the largest number in a quarter of a century.

On June 6, 2019, the CDC announced that the number of measles cases for the year had exceeded 1,000, making this the largest outbreak in the United States in a quarter of a century.

An analysis of the 704 cases reported in the first four months of 2019 found that 98% had occurred in U.S. residents and that 663 (94%) were associated with 13 individual outbreaks. Six of the 13 outbreaks occurred in underimmunized, “close-knit” communities. The mean age of the cases was
5 years, but one-fifth were 20 to 49 years of age. Only 11% of cases were known to have been vaccinated. Of the total cases, 66 (9%) were hospitalized, 24 (3%) developed pneumonia, and there were no fatalities.

The illness caused by measles virus infection is not trivial. Pneumonia occurs in several percent of those affected and approximately one in 1,000 develop encephalitis, which is often fatal, and results in devastating consequent long-term disability among survivors. The fatality rate is reported to be 1-2/1,000 and is higher in low-income countries. An additional, albeit quite rare, delayed complication that has onset seven to 10 years after infection is subacute sclerosing panencephalitis (SSPE). Those at most risk of complications are individuals < 5 years of age and those > 20 years of age, as well as pregnant women and those who are immunocompromised.

Measles is among the most readily transmissible of diseases, with a reproductive number (R0) as high as 12-18. This R0 is twice as high as that of smallpox. Because transmission is airborne, only minimal exposure is necessary. The problem of high transmission is compounded by the fact that patients are capable of transmitting the virus for four days before the onset of the measles rash and for another four days after. Perhaps among the strongest evidence of measles virus transmissibility is the fact that measles was an inevitable occurrence in children growing up in the United States before vaccine introduction. The CDC indicates that there had been a mean of 549,000 reported cases with 495 deaths reported each year in the United States in the decade prior to the introduction of the live measles vaccine in 1963. However, the CDC also indicates that measles had been vastly underreported and that the actual number of yearly cases had been closer to 3 to 4 million.

On a global scale, 19 cases per 1 million persons are reported each year, with an estimated 89,780 deaths. This is a vast underestimate of the true problem because of underreporting and because it is estimated that, in fact, 2 to 3 million people die of measles annually. The global problem of measles is not limited to low-income countries. There has been a resurgence of measles in several European countries largely because of resistance to vaccination. In 2018, the WHO European Region reported the highest number of confirmed cases in 20 years, with 80,000 cases identified in 53 countries. Five hundred or more cases were reported from each of 14 countries, including four countries where the infection had been declared eliminated — Israel, Greece, Albania, and the United Kingdom. Three of these countries are visited frequently by Americans and, thus, serve as a potential source of infection that can be transported to the United States. Among the countries from which importations have occurred recently are England, Germany, India, the Philippines, Ukraine, and France.

Measles vaccine is among the most effective vaccines available and, in theory, has the ability to eradicate the infection worldwide. The number of global deaths prevented by its use since 2000 is estimated to be 21 million. However, there was a 31% increase in the reported number of global cases between 2016 and 2017, a measure of the failure of public health systems and of the emerging “vaccine hesitancy.”

Community vaccination rates of 95% are associated with strong herd immunity and protection. Although the use of just a single dose of the attenuated live vaccine had been significantly effective, the occurrence of outbreaks in school-age children in 1989 led to a recommendation to administer a second dose to all children. A second dose increases vaccine efficacy from approximately 93% to 97% and its introduction led to a further decrease in the annual number of cases. In 2000, measles was officially declared eradicated in the United States, a designation that requires the absence of endemic transmission for three years. Since 2000, the number of cases has been as low as 37 in 2004 and as high as 667 in 2014 — an incidence that was surpassed in 2019 by April 26. (See Figure.)

It is critical for everyone to be up to date regarding measles immunity. Among those to whom special attention should be paid are international travelers. Acceptable presumptive evidence of adequate vaccination consists of written documentation, laboratory evidence of immunity, laboratory confirmation of measles, or birth before 1957.2

The 2019 U.S. outbreak is largely the result of two factors: the introduction of infection by unvaccinated travelers returning from abroad where they acquired the infection, and subsequent exposure of other unvaccinated individuals, many of whom reside in communities that, for religious or other reasons (especially access to misinformation), resist vaccination.

Vaccine hesitancy, which is a threat to people everywhere, requires collaboration among healthcare providers, parents, government, public health, technology companies, and civil society at large to deal with the misinformation about vaccination in general.3 Failure will mean more measles and, potentially, loss of inclusion in the list of countries that have eliminated this dangerous infection.