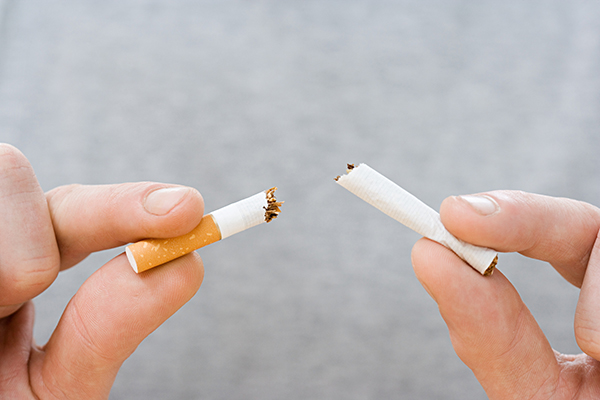 For the first time in 30 years, the Surgeon General has released a new report on the importance of quitting tobacco smoking.

The report includes updated evidence on why cessation is important to health, proven interventions that help patients quit smoking, and details about the societal health improvements and economic benefits that result from fewer people using tobacco.

“We know more about the science of quitting than ever before. As a nation, we can and must do more to ensure that evidence-based cessation treatments are reaching the people that need them," Surgeon General Vice Adm. Jerome M. Adams said in a statement.

The report notes the smoking rate is at an all-time low (14%). However, 34 million Americans continue smoking cigarettes. More than three out of five American adults who have ever smoked cigarettes have quit. Still, the report notes fewer than one-third use FDA-approved cessation medications or behavioral counseling.

“The steady decline in the number of Americans who smoke cigarettes is one of the great public health victories of recent decades,” Health & Human Services Secretary Alex Azar said in a statement. "Americans who quit cigarettes can add as much as a decade to their life expectancy. Unfortunately, millions of Americans still smoke cigarettes. But the good news is that, as the Surgeon General's report shows, we know more than ever before about effective ways to help Americans quit. Working together, we can make tobacco-related disease and death a thing of the past.”

In recent years, one way Americans have tried to stop smoking cigarettes is to turn to e-cigarette, or vaping, products. Eventually, people may wean themselves off nicotine entirely through vaping, but the existing evidence is not definitive.

“The continued diversification of the tobacco product landscape could have several different potential impacts, ranging from accelerating the rates of complete cessation among adult smokers to erasing progress in reducing all forms of use of tobacco products, especially among youth and young adults,” the report explains. “For example, the increasing availability and rapidly increasing use of novel tobacco products, most notably e-cigarettes, raise questions about the potential impact that such products could have on efforts to eliminate disease and death caused by tobacco use at the individual and population levels. Therefore, when considering the impact of e-cigarettes on public health, it is critical to evaluate their effects on both adults and youth.”

On this point, the American Heart Association underlined the “inadequate evidence” regarding the efficacy of e-cigarettes as a smoking cessation tool. “As emphasized by the Surgeon General, e-cigarettes should not be used by youth,” the group said in a statement. “With dual use of e-cigarettes and traditional cigarettes remaining the dominant form of dual use, it is essential that we assess whether the use of newer tobacco products leads to completely quitting combustible tobacco or simply adding the use of tobacco products without reducing health risks.”

As noted, young people may start their smoking experience with e-cigarettes. Other Americans of all ages may use vaping products as a marijuana delivery device. Since June 2019, there has been a considerable rise in reported cases of vaping-associated lung injury. During the summer, hundreds of cases of severe pulmonary disease possibly related to vaping were reported to the CDC. At that time, evidence suggested the illness was a form of acute lipoid pneumonia likely related to inhalation of lipid materials.

As the summer transitioned to fall, patterns started emerging in these mysterious cases. The results of a data analysis suggested unregulated, and possibly tainted, THC products were to blame. The CDC issued guidance to medical facilities who see these patients. Specifically, the agency recommended performing chest radiographs; hospital admission was recommended for patients with low blood oxygen levels or who were in respiratory distress.

Near the end of 2019, investigators reported repeat appearances of vitamin E acetate in the lungs of patients who presented with vaping injuries. The outbreak has eased somewhat, but new cases persist as researchers continue their work of solving this mystery.

“While we don’t yet have all the clinical reasons these patients worsened so suddenly, we did find factors that could be warning signs of which patients are at greatest risk for these problems. Patients with chronic diseases, particularly cardiac disease, chronic pulmonary disease, obstructive sleep apnea, and diabetes, were significantly more likely to be readmitted. Older age is also a factor,” CDC Principal Deputy Director Anne Schuchat, MD, said during a Dec. 20 press briefing. “The medical community has been doing a terrific job with this, but we are committed at CDC to updating our guidance as soon as we have actionable information.”

Be sure to check out the upcoming April issue of Primary Care Reports for more information about smoking cessation.