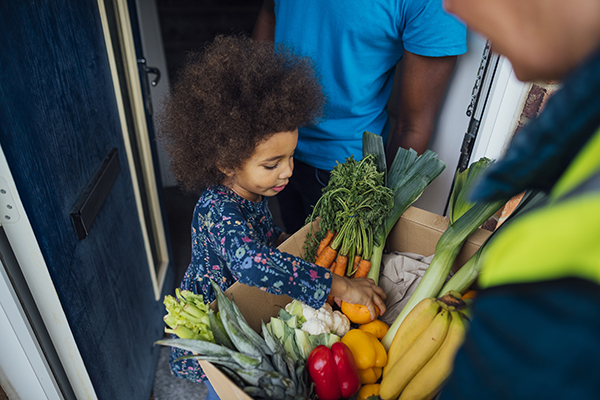 Those who replaced processed, unhealthy food with vegetables, grains, and beans lowered their stroke risk, according to the authors of a new report.

Every two to four years, participants shared their dietary habits through surveys that included questions about more than 100 foods they consumed in the previous year. The healthiest diet, according to the authors, meant consuming an average of 12 servings per day of plant-based foods (e.g., fruits, leafy greens, and vegetable oils). Similarly, the authors defined the healthiest diet as one with limited consumption of refined grains and potatoes (three servings per day, on average). The healthiest diet also featured limited consumption of dairy and meat vs. the unhealthiest diet. Subjects who reported eating none or less than one serving per month of fish and/or meat per month were considered vegetarian; all others were grouped as non-vegetarians.

The authors searched the records for two types of stroke: hemorrhagic or ischemic. They found 6,241 reports of stroke over the study period, 3,015 ischemic and 853 hemorrhagic. The type of stroke for the remainder was unknown. Overall, those who consumed the healthiest diet were at a 10% lower risk of stroke. While those who ate the healthiest diets were about 8% less likely to experience ischemic stroke, the authors did not observe a difference in risk for hemorrhagic stroke.

The authors also did not observe an association between a vegetarian diet and stroke, but the data in that regard were limited and opaque. Further, all subjects studied were white and worked in healthcare. More research that includes a diverse cohort is needed. Still, the population studied was large, and the data analyzed were collected over multiple decades. These results add to the growing literature collection pointing to the many benefits of eating healthy.

“The consistency of the findings for lower risk of ischemic stroke and the lower risk of total stroke in those eating a plant-based diet — and since previous research shows that ischemic stroke accounts for about 85% of all strokes — these results are reassuring,” said Megu Baden, MD, PhD, study co-author and researcher at the Harvard T.H. Chan School of Public Health.

For more on this and related subjects, be sure to read the latest issues of Neurology Alert and the new book, Stroke 2021: Emerging Advances.