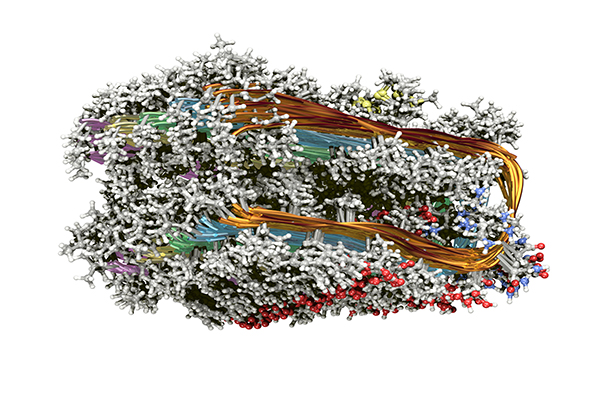 Cerebrospinal Fluid Tau and Amyloid-ß1-42 in Patients with Dementia

How Useful is Amyloid PET Imaging in the Diagnosis of Dementia?

A group of researchers discovered patients with diabetes taking a common drug to manage the condition recorded lower levels of amyloid in the brain, a telltale biomarker of Alzheimer’s disease.

The authors noted patients with diabetes are at higher risk for Alzheimer’s disease because their higher blood sugar levels can lead to more amyloid accumulation. At the start of the study, all participants underwent scans to measure amyloid levels. Those with diabetes taking DDP-4 inhibitors recorded lower levels of amyloid in the brain compared to their counterparts. Unfortunately, there were no data showing the progression of amyloid in any of these patients over time, a major limitation.

However, all study participants also completed the Mini-Mental State Exam (MMSE), on average, every 12 months for 2.5 years. Scores were similar among the entire group when the study began. Over time, investigators noted MMSE scores for patients taking DDP-4 inhibitors declined each year an average of 0.87 points vs. 1.65 points for those with diabetes and taking no drugs and 1.48 points for those without diabetes.

“Our results showing less amyloid in the brains of people taking these medications and less cognitive decline, when compared to people without diabetes, raises the possibility that these medications may also be beneficial for people without diabetes who have thinking and memory problems,” Phil Hyu Lee, MD, PhD, a study author who works at Yonsei University College of Medicine in Seoul, South Korea, said in a statement. “More research is needed to demonstrate whether these drugs may have neuroprotective properties in all people.”

For more on this and related subjects, please read the latest issues of Neurology Alert.