The future is now: Patients are consumers in a new era of hospital infection prevention

Infection prevention must move beyond the ICU

Amid all the numbers, estimates and extrapolations in recently released new data on health care associated infections, one particular HAI identified in a point prevalence study jumped out at epidemiologists and infection preventionists: nonventilator-associated pneumonia.

"We were really surprised where pneumonia was — accounting for nearly 22% of all HAIs," says Marion Kainer, MD, co-author of the point prevalence study.1 "It is very common and a lot of it is not ventilator associated. There is a lot of morbidity and mortality associated with it. We really don’t fully understand the epidemiology of what is causing it [enough to] put in appropriate prevention measures to try and reduce it."

In general the point prevalence survey of 183 hospitals picked up a lot of HAIs that were not device related, underscoring the need to fight more infections beyond the ICU, said Kainer, director of the Healthcare Associated Infections & Antimicrobial Resistance Program at the Tennessee Department of Health in Nashville.

While there were other findings of significance, the level of pneumonia infections in non-ventilated patients was the subject of much discussion and speculation.

"We need to think about how to capture pneumonia that is not ventilator associated," she said. "How do you do surveillance for that and what is the true epidemiology? Are these post procedural and people are not getting adequate pain relief? Are they not moving their diaphragms, not being mobilized enough and being sedated too much? We need to [determine] what is causing these."

Similar questions were raised at a press conference announcing the findings by Michael Bell, MD, the deputy director of the Division of Healthcare Quality Promotion at the Centers for Disease Control and Prevention.

"We’re in the process right now of teasing [the pneumonia infections] apart so we can understand what the next level of prevention is," he said. "In the intensive care unit we know that if you raise the head of the bed, do meticulous oral care so there’s less bacteria building up, and reduce sedation you can get people off ventilators as soon as possible. What is the equivalent bundle of practices for a patient who’s not on a ventilator?"

Raising the possibility of patient sedation as a contributing factor, Bell said, "Maybe the down side of getting a good night’s sleep is that you’re more likely to accidentally inhale saliva or stomach contents and get a pneumonia. We don’t know if that’s the case, but if it is, it leads to some very clear prevention steps that we can implement to prevent those infections. On the other hand, if we see that a lot of these infections are caused by, for example, pneumococcus, there’s a vaccine for that. Maybe we need to be doing a better job of making sure everyone’s immunized against vaccine preventable infections."

Progress with an asterisk

Overall the point prevalence study found evidence of infection reductions, and the CDC lowered its longstanding national estimate of 1.7 million HAIs annually to 722,000 a year. Though the CDC cautioned against trying to directly compare the old HAI data with the new, there was general consensus that real progress has been made. (See story p. 56) 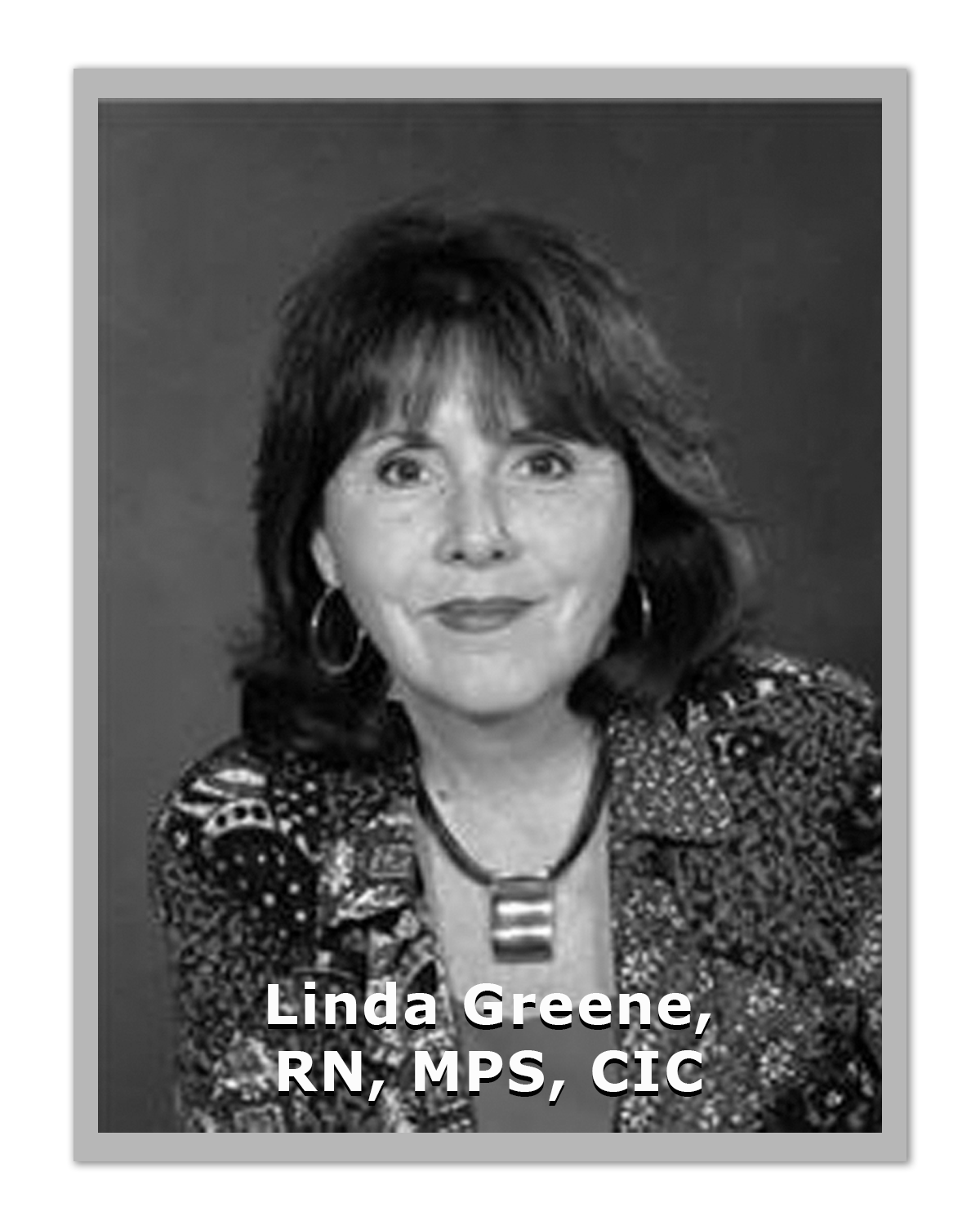 "We have heard over and over again about infections in the ICUs and that’s where we [targeted] our efforts," says Linda Greene, RN, MPS, CIC, director of infection prevention and control at Rochester (NY) General Health System. "Most [infection preventionists] would agree we have had some really good successes. In the ICUs you are looking at primarily ventilator associated pneumonia. What was surprising is this large number of pneumonias outside the intensive care setting. Those pneumonias are not ventilator associated — they’re in hospital patients that may acquire pneumonia for any one of a number of reasons."

Speaking for the Association for Professionals in Infection Control and Epidemiology, Greene says APIC has developed pneumonia prevention recommendations that focus on the many factors that could set off the infections. (See story, p. 51)

"For instance if you have surgery and you are sedated and you’re not coughing and deep breathing and moving, it is certainly possible one might [develop] pneumonia as a post-surgical complication," she says. "So from a prevention perspective, which is really what we are all about, it’s all about the messaging on hand hygiene [and other basic measures]. A lot of those tend to be very small [interventions] but when you take them as a whole they can certainly make a difference."

For example, APIC recommends getting patients up and ambulatory to the degree possible, noting that taking deep breaths and moving can reduce the risk of acquiring pneumonia.

In a separate report released the same day as the point prevalence study, the CDC noted a 3% increase in catheter-associated urinary tract infections (CAUTIs) in its annual National and State HAI Progress Report.2 (See story, p. 56)

"At the national level we have known for some time that we haven’t seen the movement with CAUTIs that we have with some of the other things like central line infections," Greene says. "First of all, [CAUTIs] are not appreciated — it is kind of a non-descript infection. And for many years we kind of thought if you’re sick enough to be in the hospital you are sick enough to have a catheter because we don’t want you to fall getting out of bed to go the bathroom."

That thinking has changed as limited mobility and other negative consequences of being tied to a catheter have become apparent, Greene says.

"Think about the link to pneumonia — if you have a catheter you are less likely to be able to ambulate and probably more likely to develop a pressure ulcer," Greene says. "The catheter — as some people have called it — is a one-point restraint.’ So having a catheter — even [without] the CAUTI issues — could cause patient harm."

Noting the "stubborn" persistence of CAUTIs, Bell cited the longstanding perception that these are minor infections that poses little risk to patients.

"People don’t tend to die immediately from a bladder infection like they do from a blood stream infection," he said. "But the problem is, bladder stream infections are a major driver of broad spectrum antibiotic use. When broad spectrum antibiotics are given, it wipes out those normal bacteria in the gut and opens it up for much bigger problems like Clostridium difficile. So you think you’re having a trivial infection of the bladder, then the next thing you know you’re fighting for your life because of deadly diarrhea. So we take catheter-associated urinary tract infections very seriously."

Hospitals in Tennessee have really struggled to reduce CAUTIs, but the primary focus remains on getting catheters out as soon as medically indicated and empowering nurses to make the call in the absence of a physician, Kainer says.

There are also catheter care issues, including making sure that the urine bag is lower than the patient so the urine doesn’t backflow, she adds. "That becomes really important when you move patients within the facility, when you transport them for an MRI scan where you can’t have the urine bag on the floor. It’s often not quite as simple as one might think."

In any case, even if a CAUTI is regarded by some as a low-priority infection, it is still an HAI that is causing some degree of patient suffering.

"Numbers are important because we want to know our rates — we want to know how we compare to other places," Greene says. "But we also know at the end of the day, [that infected patient] could be your mother or father, a loved one that is being harmed by an HAI. I think we’ve learned over the years that this is much more about people than numbers."

Providing a voice for patients and family members felled by HAIs was Victoria Nahum, co-founder and executive director of the Safe Care Campaign in Atlanta. Speaking at the CDC press conference, Nahum recounted how she lost her son Joshua to a drug resistant gram negative infection that surrounded his brain and pushed part of it into his spinal column. Two weeks later he was dead of the age of 27.

"These new infection numbers, the data today represents a forward stride in our shared work," Nahum said. "Components including guidelines turned into checklists and data transparency in public reporting, as well as pay for performance initiatives have all helped prevent infection, unnecessary harm, and many tragic deaths. While inwardly I breathe a small sigh of relief that annual infections and mortalities are diminishing, I want to tell you that I remain extremely cautious regarding the growing threat of antibiotic resistance and the dire impact of its potential danger to American healthcare."

A four-point strategy to prevent CAUTIs

Sometimes you have to be the ‘bad cop’

CDC: 1 out of every 9 infected patients dies

Oregon? CRE prevention where there is little CRE