Rotavirus Vaccine and Intussusception: Rarely, at Least in Some Places

Isolated Dizziness and Vertigo Are Rarely Caused by Stroke

In 2011, 2 men died of amebic meningoencephalitis in Louisiana. Each had used neti pots to irrigate their sinuses with tap water, which was suspected as the source of infection. Definitive proof was not forthcoming, although vigorous sinus irrigation with tap water had previously been associated with the development of this infection.1 In August 2012, a 4-year-old child in Louisiana’s St. Bernard Parish — who had been playing on a Slip’n Slide whose water flow came from a household faucet — died of the infection.2 This time, the Centers for Disease Control and Prevention detected Naegleria fowleri — the cause of amebic meningoencephalitis — in multiple household water samples, including one collected from the outside faucet that had been used, a water heater, and a toilet tank. The organism was also detected in water samples from nearby hydrants and faucets directly connected to water lines.

N. fowleri is found naturally in freshwater lakes, rivers, and hot springs in the US, particularly in southern-tier states.3,4(See map and table p. 5). It is a thermophilic amoeba with an optimal growth temperature of 115°F (46°C). It is global in distribution and is naturally found in warm freshwater environments such as lakes and rivers, naturally hot (geothermal) water such as hot springs, warm water discharge from industrial or power plants, geothermal well water, poorly maintained or minimally chlorinated swimming pools, water heaters, and soil, where it lives by feeding on bacteria and other microbes in the environment. It is not found in salt water.

Infection occurs when the organism enters the nares and migrates along the olfactory nerve through the cribiform plate and into the central nervous system. N. fowleri causes a purulent meningitis heralded by the abrupt onset of severe headache followed by vomiting with progression to coma and, most often, death. The diagnosis is made by visualization of the organism in cerebrospinal fluid or tissue samples, PCR, or growth in tissue or axenic culture at elevated temperature.

Recreational water users should assume that there is always a low level of risk whenever they enter warm freshwater lakes, rivers, and hot springs (for example, when swimming, diving, or waterskiing), particularly in the southern U.S. (although infection has occurred as far north as Minnesota) and particularly in warm months. The infection is rare, with only 32 infections reported in the US from 2001-2010. Of these, 30 had been infected by exposure to contaminated recreational water and 2 by water from a geothermal drinking water supply.

Only 1 of the first 128 U.S. patients have survived the infection, although another survivor has been reported in Mexico. Commonly used treatment regimens have included multiple agents, including amphotericin B, fluconazole, rifampin, and others. A drug used in the treatment of leishmaniasis, miltefosine, that has been used to treat infection with other free-living amoebae (Balamuthia mandrillaris and Acanthamoeba spp.), was previously unavailable in the U.S., but it is now available from CDC. Milefosine can be obtained by contacting the CDC Emergency Operations Center at 770-488-7100 to consult with a CDC expert regarding the use of this drug.

While the risk is low, it is wise to consider preventive measures, such as those listed by CDC:

If you are making a solution for irrigating, flushing, or rinsing your sinuses (for example, by using a neti-pot, sinus rinse bottle or other irrigation device), use water that has been:

• previously boiled for 1 minute (at elevations above 6,500 feet, boil for 3 minutes) and left to cool

• filtered, using a filter with an absolute pore size of 1 micron or smaller

Rinse the irrigation device after each use with water that has been previously boiled, filtered, distilled, or sterilized and leave the device open to air dry completely. 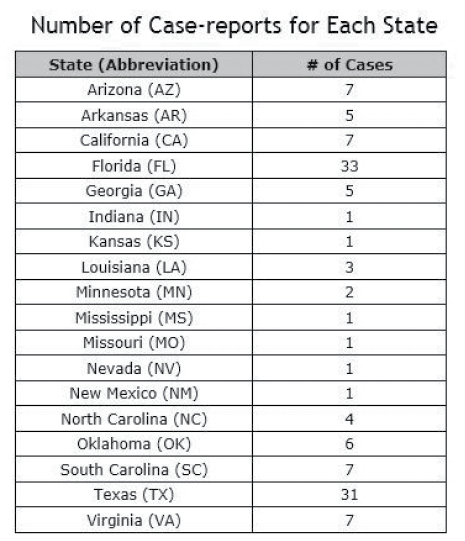 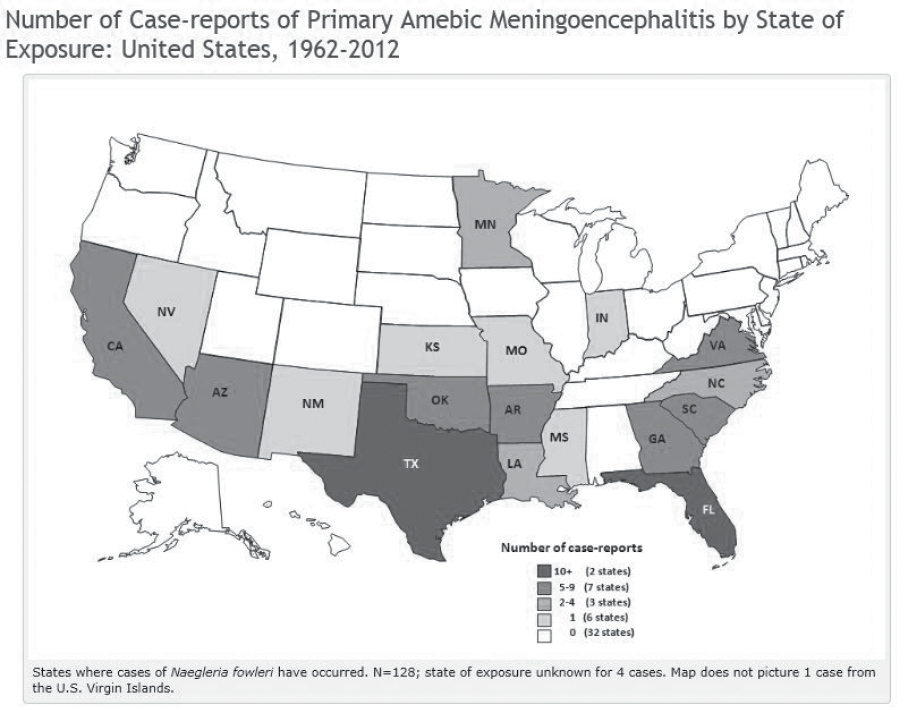 Mortality Decline With the Use of a Sepsis Treatment Bundle

Pharmacology Watch: More Side Effects of Fluoroquinolones Coming to Light