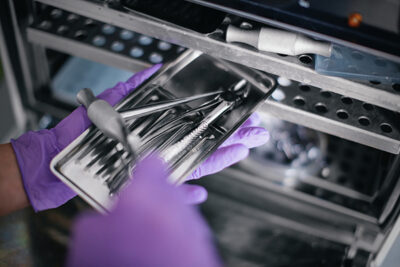 The EPA and the FDA this week launched a campaign about ethylene oxide, a gas used in the process of sterilizing medical and nonmedical instruments. The goals are to educate the public about the dangers of overexposure and to find safe, effective alternatives.

“EPA is taking action to ensure communities are informed and engaged in our efforts to address ethylene oxide, a potent air toxic [sic] posing serious health risks with long-term exposure,” said EPA Administrator Michael S. Regan. “Under my watch, EPA will do everything we can to share critical information on exposure risk to the people who need and deserve this information, and to take action to protect communities from pollution.”

The agency plans to host a national webinar about this issue on Aug. 10, followed by targeted follow-up community meetings. Additionally, the EPA said regulators will review currently available legal tools to crack down on emissions. The agency already conducted a risk assessment that uncovered nearly two dozen commercial sterilizers in several states that were found to emit high levels of ethylene oxide. Based on this research, and after more community engagement, the agency plans later this year to propose an air pollution rule to regulate these emissions.

The FDA says more than 20 billion devices sold in the United States every year are sterilized with ethylene oxide. This represents about half of all devices that require sterilization. Through various “Innovation Challenges,” the FDA has helped some organizations find safer ways to sterilize and reduce emissions.

“Early observations suggest that some facilities have cut emissions ranging from 20-35%, with the potential to impact millions of devices. In general, manufacturers are targeting an ethylene oxide cycle concentration that is 11-66% less than the typical ethylene oxide concentration range,” explained Jeffrey E. Shuren, MD, JD, director, FDA's Center for Devices and Radiological Health Offices: Office of the Center Director. “In addition to reducing emissions by lowering the [ethylene oxide] cycle concentration, Challenge participants are also exploring the potential for using alternative sterilization methods, such as vaporized hydrogen peroxide, supercritical carbon dioxide, and nitrogen dioxide for certain types of medical devices. In some cases, device manufacturers are working collaboratively with contract sterilizers to validate new or different sterilization methods, as well as the feasibility for scale up.”

For more on this and related subjects, be sure to read the latest issues of Healthcare Risk Management, Hospital Employee Health, and Hospital Infection Control & Prevention.