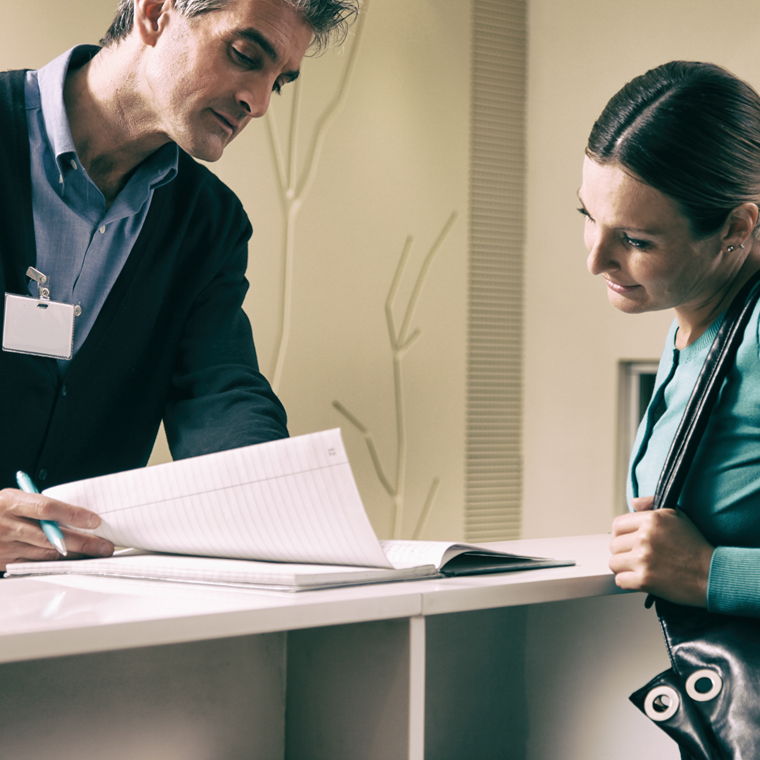 The Affordable Care Act: Progress in Reducing the Rate of Unintended Pregnancy

With the surge in the number of newly insured under the Affordable Care Act, case managers increasingly need to serve as patient advocates, educating people about their health plan benefits.

Case management has made a cultural change in recent years to greater patient advocacy, a trend encouraged by the Affordable Care Act (ACA) and its provisions that are shifting focus to reducing readmissions and keeping patients out of hospitals.

Part of a case manager’s advocacy role includes educating patients and helping them adjust expectations. For example, the thousands of people who have never had health insurance but are now insured under the ACA will need some education about what to expect with their new coverage.

“Many people think that once they have insurance everything is covered, and that is rarely, if ever, the case,” Ostrowsky says. “They need to understand the difference between premiums and copays and deductibles.”

Simone learned firsthand how complicated ACA coverage can be when her husband lost his job and she had to select a health insurance plan through the ACA.

“I’m very knowledgeable about insurance, and I chose a plan that fit my budget,” Simone says. “We were in good health, so it wasn’t a concern.”

Her husband returned to work, and she kept the ACA plan for herself. All was well until it wasn’t: “Unexpectedly, I ended up with a back problem and had to have surgery,” Simone says.

Simone became her own health advocate, seeking additional medical opinions and obtaining information on the two different hospitals where the surgery might be performed. She found that both facilities were rated high, although the more expensive one had a slightly higher rating. She selected the one where there was no deductible and a $400 daily copay.

The surgery went well, and Simone was left with a deeper understanding of how difficult it is for people to manage health crises under ACA plans.

Another issue? Simone found that once her husband was employed and she was eligible for coverage under his health insurance plan, she no longer qualified for subsidized insurance under the ACA. Her premium climbed from $230 a month for three people to $1,000 a month just for herself.

“I feel fortunate to have walked through this process myself because it’s definitely enlightened me,” Simone says. “When I called up the insurance company, they didn’t say they had someone who could help me with it.”

Simone knew enough to advocate for herself, to discuss the health bills and copays and make certain she paid no more than required under her plan. But she found that these are all skills that patients need to be taught.

“There are a lot of moving parts where advocacy and case management come into play,” Simone says.

The newly insured also need help in picking a plan that’s best for them. Once they have a plan, they need to understand how to use it and make the most of their benefits, she adds.

Case managers can educate patients about what is covered, provider and network limitations, and optimizing someone’s wellness benefit, she says.

“With ACA, there are a lot of changes in what is and isn’t covered and network limitations,” Ostrowsky says.

Deductibles and copays have changed, as have healthcare savings accounts, she adds.

“They may opt for the cheapest plan without realizing it might not cover certain drugs or hospitals,” she adds. “It’s very complicated, and that’s where case managers and insurance advocates come in.”

For instance, case managers need to make certain people know about the wellness benefits of ACA plans. Newly insured people might have had the habit of using emergency departments for primary care. Under ACA, they have access to preventive medicine and need to learn how to maintain their health with immunizations and screenings and even how to select and see a primary care physician (PCP), Ostrowsky explains.

“People with chronic illnesses need to learn how to make the most of having a general practitioner or PCP, how to use them, identify them,” she says.

“Under the ACA, we have more people with insurance coverage and less knowledge than we’ve had before,” Ostrowsky says. “There is a need for a lot of health teaching.”

One of the issues arising from the ACA is how it’s changed existing insurance for patients with major health problems, says Sylvia Corbin, MS, associate director of patient financial services at MSKCC.

ACA insurance requires coverage of pre-existing conditions and preventive care, and it has no lifetime limits, Ostrowsky says. “But the network might be tighter, there are different drug benefits, and certain things are eliminated,” she says.

For example, MSKCC has a small Medicaid population. Most of the patients with new coverage under ACA have private insurance they found through ACA, Corbin says.

The problem is that prior to ACA, New York had an affordable health insurance option called Healthy New York that ended Dec. 13, 2013, when the ACA changes took place, she explains.

All patients covered by the New York plan had to switch to an ACA insurer.

“Under the ACA, existing patients with cancer have to choose an ACA primary care physician, see the doctor to be assessed for cancer treatment — even though they’ve already been on chemotherapy,” Corbin says. “That’s an undue hardship, and it’s something we hope will change because it’s a lot to handle for cancer patients to choose a new doctor they don’t need while they’re on treatment here.”

Other logistic and financial issues arise, as well.

For instance, once a primary care physician refers a cancer patient to MSKCC, then the hospital’s case manager has to continually fax clinical updates for the patient to the doctor and receive prior authorization from the payer, Corbin says.

“If the patient can’t afford their premium under ACA, then they will lose their coverage after 90 days,” she adds.

Case managers will talk with patients about financial hardship when they have no insurance, and they’ll discuss covered patients’ ability to pay copays. But sometimes patients will fall behind on paying their insurance premiums, and case managers will not know this is happening until the coverage is about to be dropped, Corbin says.

“If the patient misses three months of paying their premium, then we’ll get a denial, saying the patient’s claim is terminated,” she says.

A hospital’s charity care cannot pay patients’ premiums, even if that would work better financially than covering the unpaid cancer treatment bills. “We could get in trouble if we did that,” Corbin says.

“The ACA doesn’t look at what a person is paying in rent,” she says. “Some patients have incomes above 400% of the federal poverty level, but they still cannot afford ACA coverage because they have other bills.”

Hospital case managers need to verify benefits and find out what is covered and not covered under the patient’s ACA health plan, Ostrowsky says.

“Negotiations may require the case manager to convince the insurer of the value of certain benefits to maintain health, prevent readmission, and maximize value,” she adds. “Advocate for the patient and get the patient what is needed, but everything is limited, so you may need to conserve your resources.”

Examples of EBHC And MI in practice