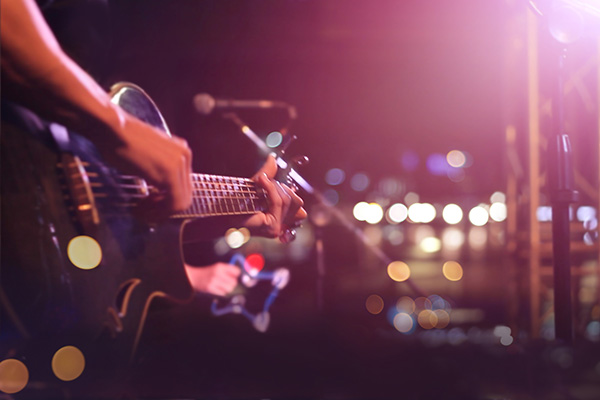 Lawsuit settlement shows labs can be liable for patient injury

The family of the late singer Prince is suing a hospital that treated him for his drug overdose two years ago. The case highlights the risks healthcare providers face from treating high-profile patients.

• Risk managers should emphasize this risk to all caregivers.

The hospital that treated musician Prince a week before his fatal drug overdose in 2016 is facing a lawsuit that claims the facility, its parent companies, a physician, and a pharmacy professional are liable in his death. Regardless of the merit of the allegations, the lawsuit shows the elevated liability risk that can come with treating celebrities and other high-profile patients.

Hospitals often welcome celebrity patients because they give prestige to the organization and imply a high quality of care, since the famous and wealthy presumably could be treated anywhere they like, notes Benjamin J. Fenton, JD, partner with the Fenton Law Group in Los Angeles. That could change, he says.

“I imagine this will cause hospitals to think more carefully about taking some of these high-profile patients because of the potential exposure for really substantial damages. This is a malpractice case, but the unique aspect is the potential size of the damages,” Fenton says. “Prince’s kin can credibly argue that the malpractice cost him and his family hundreds of millions of dollars. Probably the most important part of these cases is what you can contend the damages are, and with a celebrity like this, the damages can be enormous.”

Prince’s family is suing Trinity Medical Center, the Moine, IL, hospital where Prince was treated, along with its parent companies. The lawsuit also names Nicole F. Mancha, MD, a doctor who treated Prince at the hospital, as well as an unidentified pharmacist or pharmacy employee whom the lawsuit says “consulted” in the care. The family also is suing the Walgreens pharmacy where Prince filled prescriptions.1

The lawsuit was filed a few days after authorities in Minnesota announced that no one would be criminally charged in the opioid overdose death. The lawsuit claims that Prince received improper medical care at the hospital after his private plane made an emergency landing in Moline following a show in Atlanta on April 15, 2016. He was on the way to his home in Minneapolis.

The legendary singer’s death was a “direct and proximate cause” of the hospital failing to appropriately diagnose and treat the opioid overdose, as well as its failure to investigate the cause and provide proper counseling, the lawsuit claims.

Carver County, MN, law enforcement authorities investigated the death and released their conclusions that Prince most likely overdosed that night on opioids that the singer thought were prescription medicines like Vicodin, but were black market versions containing fentanyl, a much more powerful drug. The investigators determined that six days after his treatment at Trinity Medical Center, Prince took a counterfeit drug containing fentanyl that led to his death at 57.2

The authorities did not determine where the tainted drugs came from and decided not to charge anyone in the death.2

The law firm representing Prince’s family issued a statement saying Prince’s death was another caused by the opioid epidemic. “What happened to Prince is happening to families across America,” the firm said. “The family wishes through its investigation to shed light on this epidemic and how to better the fight to save lives. If Prince’s death helps save lives, then all was not lost.”1

The hospital issued a statement saying it does not comment on pending litigation.

Fentanyl also was the drug responsible for singer Michael Jackson’s death in 2009, and singer Tom Petty’s death in 2017 was attributed to an accidental drug overdose as a result of mixing medications that included fentanyl, oxycodone, temazepam, alprazolam, citalopram, acetyl fentanyl and despropionyl fentanyl.3

When actor Heath Ledger died in 2008, authorities cited the cause as a “prescription drug overdose,” later determined to include oxycodone, hydrocodone, diazepam, and alprazolam.

Another celebrity death, this one not related to a drug overdose, also holds insight into the potential risks of treating patients with extraordinary earning potential. The family of actor Bill Paxton filed a wrongful death lawsuit in February 2018 against Cedars-Sinai Medical Center in Los Angeles, also naming the surgeon who performed the actor’s heart surgery shortly before he died.4

The complaint alleges that the actor died because the surgeon unnecessarily chose to use a “high-risk and unconventional surgical approach” that he lacked the experience to perform. The actor’s family also claims that surgeon Ali Khoynezhad, MD, downplayed the procedure’s risks. In addition, the hospital knew the surgeon engaged in “maverick surgeries” and used “suboptimal judgment,” the lawsuit claims. Cedars-Sinai issued a statement saying it could not comment on pending litigation.

These recent celebrity-related lawsuits should prompt risk managers to reassess how high-profile patients are recruited to the hospital and how they are treated, Fenton says. They cannot be turned away simply because of celebrity status, of course, but surgeons and hospital leaders do not have to actively solicit their business in search of prestige, either, he notes.

“This is now something that hospitals and other providers are going to be thinking about. With these high earners, what is their financial liability if something goes wrong?” he says.

In the Prince case, the hospital could be found liable even if the artist did not die from the medication actually provided at the facility that day, Fenton notes. If he was prescribed a course of treatment that included the medications ultimately responsible for his death, it is possible for the hospital and the other defendants to be held liable, he says.

The Prince case and others related to opioids also highlight the potential risk of providing “star treatment” to celebrity patients, Fenton says. The Prince estate alleges that the opioid prescriptions were not appropriate, and Fenton says there always is the danger of clinicians being star-struck, eager to accommodate and please a celebrity, and they may lower the standard of care either consciously or unconsciously. For instance, that could result in a physician being too generous with prescriptions for addictive opioids and other medications.

“With these huge celebrities, I’m sure it’s hard not to prescribe an opioid when the client wants it. Physicians are human like the rest of us and they can feel the pressure of trying to please someone like that and they want that positive association with someone famous,” he says. “Clinicians have to resist that temptation, and that requires first acknowledging that they can be subject to those feelings just like anyone else. They have to consciously work to provide the same level of care they would to anyone else, not caving to the wishes of a high-profile client.”

Risk managers should remind physicians of the risk and encourage them to resist any inclination to provide star treatment, and to not be intimidated by a patient trying to use his or her celebrity status to get what they want, Fenton says.

“Being dazzled by the celebrity and letting that influence your care decisions can only get you in trouble,” Fenton says. “It is incumbent on physicians, with the support of risk managers and the hospital, to put aside any pressure they may feel to treat celebrity clients any differently than other patients.”

2. Puente M. Prince’s death: Superstar did not know he was taking fentanyl; no one charged with a crime. USA Today, April 19, 2018. Available at: https://usat.ly/2JZAGXh.