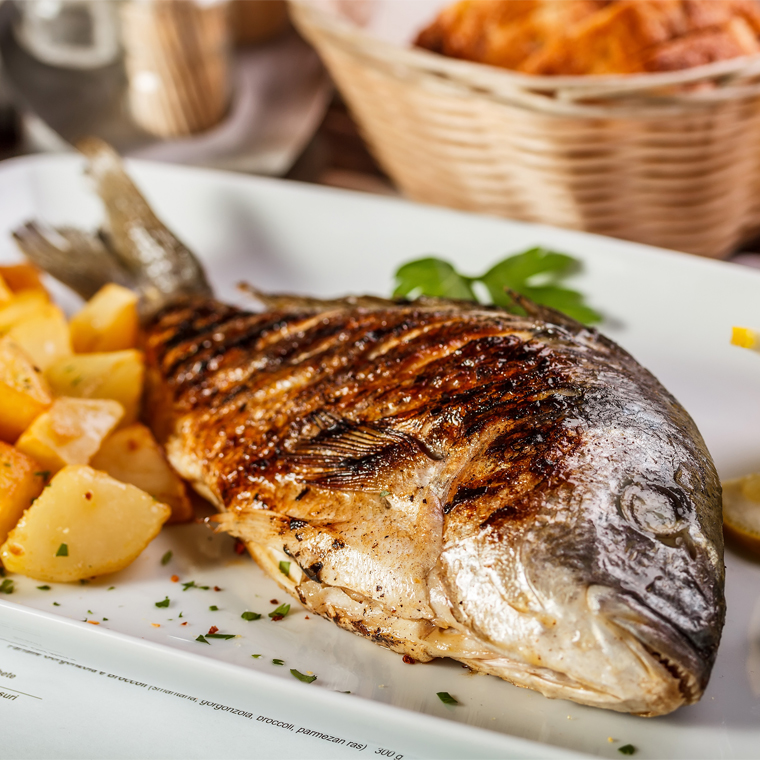 The Effect of Yoga, Exercise, and Omega-3s on Menopausal Symptoms

Omega-3s and Brain Aging: A Connection?

Synopsis: A recent review deals with the benefits as well as the risks of eating fish rich in omega-3 fatty acids and pinpoints which fish contain the most and least amounts of mercury.

The December issue of the American Journal of Obstetrics and Gynecology contained a commentary by Katharine Wenstrom on the FDA’s “newest advice on fish.”1 In June 2014, the FDA and the Environmental Protection Agency (EPA) came out with a recommendation entitled “New advice: Some women and young children should eat more fish.”2 Those reading the article just may be off to the market immediately! Well, not so fast. Unfortunately, the report has a dark side. This document and other sources indicate that women should be very selective with their fish choices, since some may not be safe to eat in pregnancy, even in modest amounts.

First, the benefits of fish: Fish contain varying amounts of omega-3 fatty acids, which have anti-inflammatory properties and are intimately involved at the cellular level in enzyme function and neurotransmission.3 In short, they are essential components in the development of the fetal brain and even the retina. Studies have also shown that they are major players in cardiac development and function.4 For these and other reasons, the FDA recommends that pregnant women eat between 8-12 ounces of fish per week.2

Discussions involving the benefits of omega-3 fatty acids and fish eating, in general, concentrate on two major components: docosapentaenoic acid (DHA) and eicosapentaenoic acid (EPA). Part of the American Heart Association’s “heart healthy diet,”5 both have been touted as being necessary for normal development of the fetal central nervous system.6 Studies have shown that eating at least 340 g of “fatty” fish a week containing DHA and EPA may decrease the rate of preterm birth,7 increase birth weight,8 and improve childhood IQs.9

Now to the dark side: Many fish whose flesh is rich in omega-3 fatty acids are also rich in organic methyl mercury and, in some cases, the evil pollutants, dioxin, and polychlorinated biphenyls (PCBs). Mercury can negate many of good things that the omega-3 fatty acids offer, so the pregnant (and even non-pregnant) fish eater needs to be well informed. In fact, some studies, such as ones from the Faroe Islands10 and Seychelles,11 suggest that neurotoxicity can be linked to diets that rely heavily on some types of fish. The most common symptoms of methyl mercury toxicity are paresthesias, peripheral vision problems, ataxia, and memory loss.

Not surprisingly, we are responsible for this. Most methyl mercury in fish comes from the burning of coal, with small particles being spewed into the air, often travelling far away from their origin. For example, cobia and grouper from Key West (where the only nearby fires are in the pizza ovens) contain high amounts of mercury. Mercury gets into minute forms of marine life, and this plankton is a major food source for smaller marine creatures who are eaten by larger fish. They, in turn, are eaten by the even larger prowling predator fish that we humans love to consume.

Dioxin and PCB, which come from industrial and agricultural fallout, are found in high concentrations in many fish in the Great Lakes or rivers close to factories or agricultural runoff. Like mercury, these pollutants have the capacity to hang around forever, and no amount of dilution in the vast seas can now prevent the continual accumulation, especially in the large predators who steadily concentrate pollutants throughout their longer life span.

Ideally, this Alert should have the entire list of commonly consumed fish along with their DHA, EPA, and mercury concentrations, but this would take up too much room. However, the Gray Journal review1 has just such a table — one I would recommend putting up on the wall in your consultation area and/or incorporate into a handout for pregnant patients.

Briefly, the fish to limit or avoid are: swordfish, king mackerel, tuna, shark, bluefish, marlin, and tile fish. Even some lobsters, who can live for 20 years, are in the “moderate to high” category.

Those with the lowest level of mercury are shellfish (clams, mussels, oysters, scallops, and crab) and small wild fish (sole, flounder, anchovies, and sardines). Also, pollack (think fish sticks), as well as some farm-raised fish, such as domestic tilapia, catfish, and striped bass, have low mercury levels. The winner that gives the lowest mercury and highest DHA and EPA benefit is wild Pacific salmon. Shrimp has the very lowest levels of mercury but, alas, it has virtually no omega-3 fatty acids. Sadly, Atlantic cod and salmon, while having low mercury levels, are in danger of extinction (again, our bad).

First: a personal note. For years, my wife and I have been eating a wide variety of fish for 5-8 meals a week, especially when we are in Key West. Her interest in mercury was tweaked by an article in Consumer Reports, so, for reassurance, she got her blood tested for mercury about 3 months ago. The EPA advises that individuals with levels < 5 ug/L are okay, but any individual with a level > 10 ug/L is considered to be “poisoned.” Hers was 22. I followed suit and mine was 33. We then began consuming only fish that had little or no mercury according to EPA tables. After 2.5 months her level is now 9 and mine is down to 16. It is ironic that the first article I ever wrote was in Contemporary OB/GYN on mercury-related birth defects from chemical dumping into Minamata Bay, Japan. Now, four decades later, I am theoretically poisoned by it.

Yes, much of the information that is online could be labeled as smoke and mirrors, but methyl mercury contamination of fish is real and could be detrimental to a developing fetus. But, unfortunately, bypassing the unwanted components in fish by going directly to fish oil products, or even to supplements labeled as DHA and EPA, may not do the job. A Cochrane meta-analysis of randomized trials suggests little benefit from the sanitized versions.8 One apparently benefits mostly from what the FDA considers “the whole package.”

To further complicate the discussion, there has been some controversial online chatter regarding the theory that methyl mercury interferes with the action of selenium in important enzyme systems through a pathway that also involves sulfur. However, it is unclear if mercury causes damage by antagonizing the inherent beneficial effects of selenium or whether the selenium is protective by blocking the evil effects of methyl mercury. Since fetuses have no real stores of selenium, the mercury will be unopposed in the central nervous system, making their brains particularly vulnerable. Theoretically, the more selenium one has in his/her circulation and/or ingests (Brazil nuts are a good source, and, of course, fish), the less potential harm the mercury can do at the cellular level.

Selenium or no selenium, it is clear that there is enough evidence to indicate that 8-12 ounces of fatty fish per week can have a major health benefit to pregnant women and may be essential for their fetuses. If someone likes shrimp, have at it, but do not expect any real bump in omega-3 fatty acid levels. If your patients like swordfish or tuna and are pregnant, they might have to wait until after pregnancy to eat it with any frequency. Wild Pacific salmon seems to have the best balance between DHA, EDA, selenium (all high), and methyl mercury (very low).

I have not seen this recommendation anywhere else, but I would suggest that patients who are very frequent fish eaters and wish to become pregnant have a blood test for mercury. If high, it would be wise to attempt to drop the levels to reasonable range before becoming pregnant. If levels are within acceptable limits, then the maternal blood levels should remain in tolerable range if maternal intake of mercury is controlled. Patients wishing to monitor their daily mercury intakes through a mercury calculator can visit the National Resources Defense Council (NRDC) web site at: www.nrdc.org/health/effects/mercury/calculator/start.asp.