Home » Cannabis Use and Stroke Risk: The Debate Continues

Cannabis Use and Stroke Risk: The Debate Continues 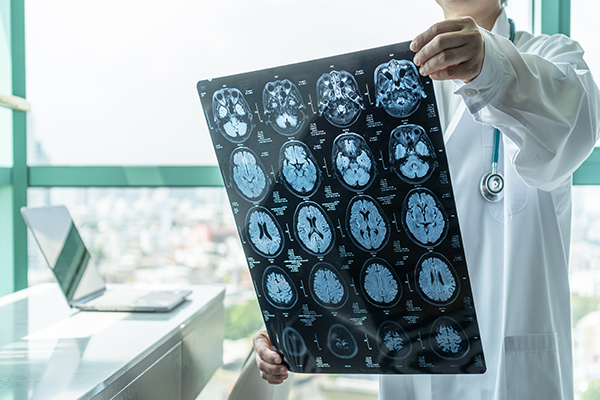 Researchers continue trying to sort out possible connections between recent marijuana use and stroke, with a group of investigators this week adding to the literature suggesting there may be no risk.

In a retrospective observational study, the authors studied medical records of patients age 18 years and older who were admitted to a medical facility between Jan. 1, 2015, and Dec. 31, 2017. Specifically, researchers were looking for patients who underwent urine toxicology testing upon admission.

The authors identified 9,350 patients who underwent such testing; 1,643 of these tested positive for cannabis use. Investigators conducted a multivariate regression analysis to find an independent association between acute ischemic stroke and recent marijuana use. The unadjusted risk ratio revealed a 50% decline in risk of acute ischemic stroke among cannabis users. However, the effect was lost after adjusting for race, ethnicity, age, sickle cell disease, hypertension, dyslipidemia, diabetes mellitus, obesity, atrial fibrillation, cigarette smoking, and other cardiac-related conditions.

“Our research adds to the list of studies with conflicting results, so it is important to continue to investigate stroke risk and cannabis use,” Carmela V. San Luis, MD, study author and neurology resident at the University of Mississippi Medical Center, said in a statement. “Future studies are now needed in larger groups of people that not only include data from drug screenings but also dosing amounts, as well as a person’s history of cannabis use.”

In the May issue of Emergency Medicine Reports, a pair of authors wrote an in-depth analysis about medical marijuana, concluding, “although medical marijuana has been promoted for many conditions, evidence for its efficacy and safety is limited by the lack of high-quality, unbiased research.”

Meanwhile, in the April issue of Integrative Medicine Alert, author Ellen Feldman, MD, provided more details regarding one investigation that revealed a 50% reduction in self-reported headache and migraine severity among patients who inhaled medicinal cannabis.

“This study points to the potential usefulness of medicinal cannabis in the treatment of headaches and/or migraine. The expectation of tolerance over time, as suggested by these results, should be included as part of an overall discussion,” Feldman wrote. “There is not much information about side effects, effective dose, the effect of cannabis on any comorbid conditions, or cannabis interaction with pharmaceuticals or other substances. The hope is that with more robust and well-conducted studies, we will have clearer recommendations for patients in the future.”

June is Migraine and Headache Awareness Month, as well as Alzheimer's and Brain Awareness Month, so it is a good time to focus on all these neurological issues. Migraines are the second most debilitating neurological disorder in the United States. A new webinar from Relias Media delves into the pathophysiology of migraine headaches and includes a discussion of treatment options as well as details regarding research and efficacy behind each option.

Speaking of stroke, be sure to read the special report from this year’s International Stroke Conference, which was published in the May issue of Neurology Alert.

The cover story of the July issue of ED Legal Letter informs readers about updated guidelines concerning the early management of acute ischemic stroke. Emergency department (ED) leaders must change outdated practices to reduce the time needed to make a diagnosis and treat the condition; otherwise, the ED may be exposed to much more legal liability.

On a related note, hospitals in the Piedmont Healthcare system in Georgia have made great strides in safety and quality by improving their care for stroke patients. Consolidating some accreditation survey activities was part of the successful strategy. Learn more about this success story in the upcoming July issue of Hospital Peer Review.

For even more information about stroke, read Stroke 2019: Excellence in Diagnosis and Care, an online compendium covering prevention, management and treatment, as well as detailed reviews of the latest research (stay tuned for the 2020 version to be released later this year). And be sure to listen to Episode 13 of the Relias Media podcast series “Rounds with Relias.”