Is there a normal healing rate for wounds in ICUs? 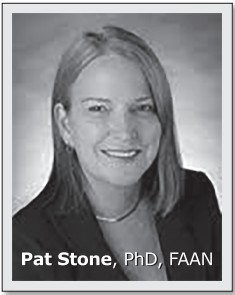 Hospital intensive care units (ICUs) in the U.S. report a high level of infection prevention policies in place, but the numbers fall off sharply when actual adherence to the interventions are factored in, researchers report. While that implies that some ICU patients are more protected on paper than in actual practice, the lead author of the study says the vast majority of health care workers are trying to "do the right thing" in a very challenging environment.

"I think we're doing well with getting the policies in place, but we still have work to do to make sure the clinicians at the bedside can and do follow the policies," says Pat Stone, PhD, FAAN, director of the Center for Health Policy at Columbia University School of Nursing. "We need to support them so they can comply every time. I'm not saying there are bad clinicians out there. It's not easy to do the right thing all of the time."

Stone and colleagues at Columbia collaborated with the Centers for Disease Control and Prevention to conduct a nationwide survey of 1,534 ICUs at 975 hospitals.1 The survey inquired about the implementation of 16 recommended infection prevention measures at point-of-care, and clinician adherence to these policies for the prevention of central line-associated bloodstream infections (CLABSIs), ventilator-associated pneumonia (VAP), and catheter-associated urinary tract infections (CAUTIs). The three health care associated infections (HAIs) are among the most commonly acquired by ICU patients.

According to the survey, hospitals have more policies in place to prevent CLABSIs and VAP, than CAUTIs. The presence of infection control policies to prevent CLABSIs ranged from 87% to 97% depending on the measure being counted. The presence of policies for VAP ranged from 69% to 91%. The well-established use of a checklist for CLABSI insertion practices was reported by the vast majority of hospitals (92%). Uptake was less for a ventilator bundle checklist, as 74% of the ICUs reported having the policies in place. Of particular concern, only 27% to 68% of the ICUs reported having policies in place for prevention of CAUTIs.

"CAUTIs are the most common health care infection, but the policies don't have the uptake yet like for CLABSIs," Stone says. "We still have work to do there and then the adherence [for CAUTIs] is worse. Rightly so, we have seen a lot of attention from the infection control departments and the federal government on CLABSIs, but we have to put that emphasis in other places."

Indeed, in survey results for adherence, only 6% to 27% of the ICUs reported compliance with practices to prevent CAUTIs. Adherence numbers are better for the other two infections, but still show a considerable gap between policies and adherence. Adherence to prevention policies ranged from 37% to 71% for CLABSIs, while VAP adherence was reported by the ICUs at 45% to 55%.

However, it should be noted that the survey did not ask how adherence was measured and so a variety of common infection control breakdowns could be considered as lack of adherence.

"We didn't ask how you measure it, but the last time you measured it what was it?," she says. "One thing about infection prevention is that these are data people, and they know their data. [Lack of adherence] could be hand washing lapses, breaks in sterile technique, all different sorts of things.

The electronic survey was sent to infection prevention departments through the CDC's National Healthcare Safety Network (NHSN). The department director was asked to fill it out, reporting policies specific to the ICUs and then their assessment of adherence to them.

"The CLABSI policies are pretty much getting out there and we know that the rates have been going down, but still the adherence (for all three HAIs) was about 50%," Stone says. "We need to focus on how we can help the clinicians, both the nurses and doctors and decrease these infections. There is a whole science in human engineering to try to make the right thing the easiest thing to do."

The lack of adherence is multifactorial, but could include education and insufficient support for infection preventionists to work with bedside clinicians, she says.

"It is important to ensure that [infection control] is something on everybody's mind all of the time," Stone says. "We know when the top administrators and everybody in the C suite are on board it trickles down. It takes leadership to change the culture at the bedside."

The survey was part of the larger Prevention of Nosocomial Infections and Cost Effectiveness Refined (P-NICER) study, which is funded through the National Institute of Nursing Research. Several more studies are forthcoming from the same project, she says.

"This is the largest survey of infection control departments, and eventually the data will be linked with infection rates," Stone says. "We have four [other] papers under review right now."

CDC trying to rein in antibiotic use in LTC