Shutting down the flow of antibiotics stops C. diff infections

Antibiotic stewardship as a weapon against C. diff | Single Article 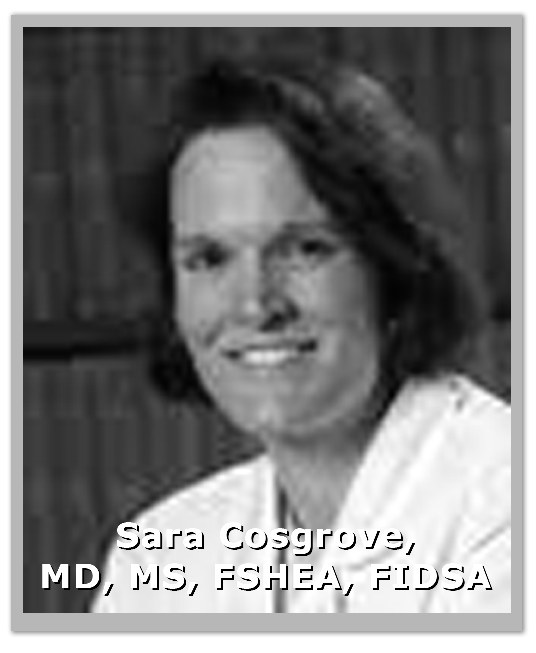 Indiscriminate antibiotic use can wipe out commensal bacteria in the patient’s gut, clearing the way for C. diff to proliferate. Overall, C. diff causes some 250,000 infections in hospitalized patients and 14,000 deaths every year among children and adults. Taking antibiotics is the most important risk factor for developing C. diff infections for both adults and children, the Centers for Disease Control and Prevention reported.

As part of a recent Vital Signs report, the CDC found that use of antibiotics that have a "high risk" of triggering C. diff led to a three-fold increase risk of hospital-onset and post-discharge CDI.1,2 The antibiotic classes considered to be high-risk were 3rd/4th generation cephalosporins, fluoroquinolones, and beta-lactam/beta-lactamase inhibitor combinations.

The CDC conducted a retrospective study of the relative risk of CDI in two large academic medical centers located in New York and Connecticut. The academic center in NY has approximately 700 beds and 40,000 discharges per year while the academic center in Connecticut has approximately 1,000 beds and 58,000 discharges per year. The risk of CDI among those exposed to the aforementioned high-risk antibiotics was three times higher compared to persons with low-risk or no antibiotic exposure, the CDC reported.

"Decreasing the use of antibiotics that most often lead to C. difficile infection by 30% (5% of overall antibiotic use) could lead to 26% fewer of these deadly diarrheal infections," the CDC concluded. "Reductions in CDI of this magnitude could also have additional positive effects in reducing transmission of C. difficile throughout the community."

In a separate CDC study, investigators reported that the majority of pediatric C. diff infections occurring among children in the community were in those who recently took antibiotics prescribed in doctor’s offices for other conditions.3

The study showed that 71% of the cases of C. diff infection identified among children were community-associated and did not involve an overnight stay in a health care facility. Among the community-associated pediatric cases whose parents were interviewed, 73% were prescribed antibiotics during the 12 weeks prior to their illness, usually in an outpatient setting such as a doctor’s office. Most of the children who received antibiotics were being treated for ear, sinus, or upper respiratory infections. Previous studies show that at least 50% of antibiotics prescribed in doctor’s offices for children are for respiratory infections, most of which do not require antibiotics, the CDC noted.

Other key findings in the CDC Vital Signs report include:

• Antibiotic prescribing practices vary widely and errors are common. About half of patients receive an antibiotic for at least one day during the course of an average hospital stay.

• The most common types of infections for which hospital clinicians wrote antibiotic prescriptions were lung infections (22%), urinary tract infections (14%), and suspected infections caused by drug-resistant Staphylococcus bacteria, such as MRSA (17%).

• About 1 out of 3 times, prescribing practices to treat urinary tract infections and prescriptions for the critical and common drug vancomycin included a potential error — given without proper testing or evaluation, or given for too long.

• Doctors in some hospitals prescribed up to 3 times as many antibiotics as doctors in similar areas of other hospitals. This difference suggests the need to improve prescribing practices.

• Patients getting powerful antibiotics that treat a broad range of infections are up to three times more likely to get another infection from an even more resistant pathogen.

Revisiting the role of the IP

In a 2012 paper, Cosgrove and co-authors argued that infection preventionists can be valuable team members of antibiotic stewardship programs.4

"Since a lot of antimicrobial stewardship has to do with asking physicians to change what they are doing, they must have a physician collaborator," Cosgrove says. "But IPs know a lot about what is going on in the hospital. They probably could tell you even without knowing the specifics which physicians are likely to be good antibiotic prescribers and which are likely to break all the rules. IPs are just kind of down in the trenches."

In addition, IPs are no longer viewed with the old stereotype of silo-based data collectors.

"In the stewardship world we have seen infection control make great strides and some of that is related to being a person who drives change and leads interventions — not the role 20 years ago of doing more surveillance," she says.

Some have argued that antibiotic stewardship will not be truly effective until it is a required by regulators like the Centers for Medicare and Medicaid Services (CMS).

A CMS requirement would also spur hospitals who see antibiotic stewardship as another budget item that exceeds current funding.

"Probably one of the main concerns right now is that this looks like an additional cost outlay for hospitals at a time of financial difficulty in health care," she says. "But in a smaller hospital if you have an IP that is interested — and you can get hospital administration to kick in a little bit of salary time for a physician and a pharmacist — that is really a pretty minimal outlay for something you would expect to have a pretty significant impact."

For example, an additional cost-savings in cutting back use of unnecessary antibiotics may cover the initial program costs and possibly much more. The CDC reported that published studies from mostly larger settings have shown cost savings in the $200,000–$900,000 range.

"We always try to stay away from talk of costs as the main reason for stewardship, but the truth is if you improve your antimicrobial prescribing you will save on antibiotic costs," Cosgrove says. "The minimal outlay in salary support to have people focus on this is generally offset by just the drug costs alone — not even to mention the additional benefits to the patients."

The cost savings won’t be ongoing, of course, settling to a mean level that should represent appropriate antibiotic use.

"The goal of stewardship is not to stop all antibiotic use, but you should have some savings relative to the period you began the program," she says.