A New Era in the Treatment of Community-Acquired Pneumonia: Levofloxacin vs. Cep

'It made me feel like I needed to do something'

The broad misconception that infectious diseases were fading as a medical concern with the development of antibiotics and vaccines was dashed in dramatic and tragic fashion in 1981 when the first cases of a strange new illness were reported among groups of gay men in New York, Los Angeles and San Francisco. The AIDS epidemic had begun.

It is estimated that more than 25 million people have died of HIV since those first cases were reported.

"HIV was a tipping point," said Julie Gerberding, MD, MPH, former director of the Centers for Disease Control and Prevention. "Prior to HIV the dogma in the infectious disease world was that infectious diseases were going to be a thing of the past. We had vaccines, we had antibiotics and we were cautioned not to go into the profession  it's a dead end street. Then HIV happened and there was an awakening that infections do emerge. Now we live with that knowledge every day, but there was a time when we didn't understand this and that's probably why it took us so long to recognize that in fact it was an infectious disease that we were experiencing in the city." 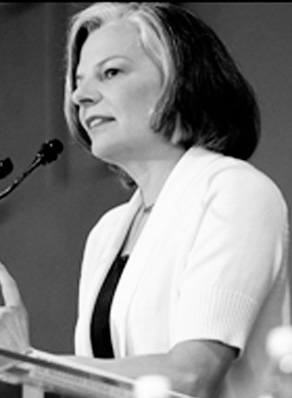 Now President of Merck Vaccines, Gerberding was an intern at San Francisco General Hospital when the AIDS epidemic began.

"It is really hard to go back and try to think what it was like when we didn't know what [AIDS] was," she said recently in Fort Lauderdale at the 40th annual conference of the Association for Professionals in Infection Control and Epidemiology (APIC).

"All of my patients were dying," she said. "They had pneumocystis, streptococcal meningitis, they had lymphoma and they were dying and we didn't know it was an infectious disease."

Though that seems hard to believe now, the initial cases were clusters of injecting drug users and homosexual men with no known cause of impaired immunity who developed an opportunistic infection typically seen in the immune compromised called pneumocystis carinii pneumonia. In addition, a number of gay men began developing a previously rare skin cancer called Kaposi's sarcoma. It wasn't until 1983 that it was determined that HIV — a novel retrovirus that would ultimately be traced back to chimpanzees  was causing the infections.

"At the very beginning of HIV, I was an intern and we were up all night with these deadly viruses around us and we didn't realize that we were potentially at risk ourselves," Gerberding said. "It was also a very sad time. As people caught on to the fact that this was an infectious disease they became very frightened and many stopped providing care. It was not just our patients; it was our hair dressers, our neighbors, our faculty. Everybody in San Francisco was affected by AIDS."

Finding herself at the epicenter of a global outbreak, Gerberding determined she must do something. "You really couldn't train there and not step up," she said.

"I think it was that process of just recognizing that it is what it is and we have to roll up our sleeves and figure out how we are going to cope with it. It made me feel like I needed to do something. I wasn't going to be a lab scientist and I wasn't going to be the person that discovered a vaccine, but there was something I could do to contribute to the solution."

A personal incident galvanized her decision, as she acquired occupational hepatitis B virus right at about the time that the CDC was reassuring health care workers that HIV spreads much like HBV, she said.

"I think it was that personalization of the risk that convinced me that prevention was an area where I wanted to commit my career, and HIV prevention as an occupational infectious disease in the context of a city hospital like San Francisco General that had so many nosocomial infections," Gerberding said. "I just became convinced that my contribution would be in the field of infection prevention."

Gerberding and other first responders to AIDS developed a "we are all in this together" mentality, knowing that they had to act despite a lack of science to guide them.

"In HIV we didn't have the science around what was effective infection control and post-exposure prophylaxis," she said. "We had to use what we did know and adapt that logic and information as we went forward. I think that is something that is just so true about people in APIC. Yes we want to be science based, but when we don't have the science the next thing is to use common sense. It's that practical application of what we do know and some reasonable assumptions about what we don't know that have been part of the HIV legacy and really continue today in all of our infection prevention and public health work."