APIC 2018: A Call to Action for Infection Preventionists

Severe Flu Season a Call to Action for Infection Preventionists

Self-harm in the Emergency Department: A Cry for Help, a Call to Arms | Single Article

A century of home care: A look at the industry’s past and future | Single Article

"The future of infection control and surveillance measurement in hospitals was anything but a foregone conclusion  it was controversial," said Robert Haley, MD, the epidemiologist who directed the landmark Study on the Efficacy of Nosocomial Infection Control (SENIC) after coming to the Centers for Disease Control and Prevention in early 1970s.1 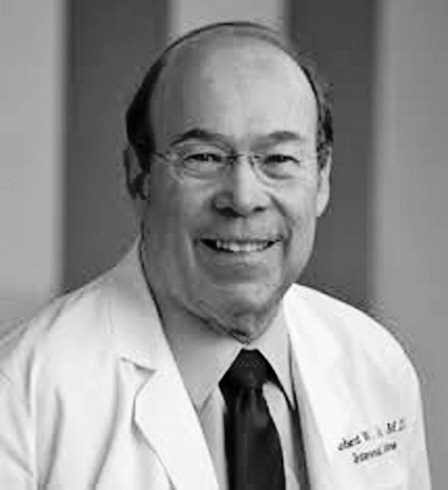 As Haley described it, the concept of hospital infection control was just emerging  with the first of the decennial conferences on nosocomial infections held in 1970  and there was concern that the field was not sufficiently grounded in evidenced-based science. The thinking was that hospitals could eventually cut infection control and surveillance programs if they lacked scientific justification.

Thus began the massive SENIC project, which included a survey in 1976 of all U.S. hospitals to determine specific surveillance and control characteristics of their infection control programs. That was followed in 1975-1976 with a review of more than 339,000 patient medical records in 338 randomly selected U.S. hospitals to determine the presence of nosocomial infections. SENIC found that hospitals reduced their nosocomial infection rates by approximately 32% if their infection surveillance and control program included these four components:

"We found that hospitals that did surveillance and all of these program activities had lower infection rates," Haley said recently in Fort Lauderdale at the 40th annual conference of the Association for Professionals in Infection Control and Epidemiology (APIC). "By showing this, the Joint Commission then changed their recommendations to require these elements. We realized that most of these activities weren't in place in many hospitals."

As calls came in to the CDC from hospitals, it was quickly realized that guidelines needed to be created to standardize practice. Another lasting impact of the project was Haley's emphasis on targeted, objective-oriented surveillance rather than wasting scarce resources gathering house-wide data. This was one of the first shifts of IPs from data collectors to "difference makers," to cite a term frequently used at the APIC conference.

Haley participated in an APIC discussion along with several other pioneers and key players in the establishment and growth of the field since the organization's first conference in Toronto in 1972.

Among them was another lion in the field, Dennis Maki, MD, the Ovid O. Meyer Professor of Medicine at the University of Wisconsin School of Medicine and Public Health. An internationally recognized infectious disease expert and author or coauthor of scores of peer reviewed papers on health care epidemiology, Maki recalled with some self-deprecating humor that he got into the field somewhat by accident and with initial regret. 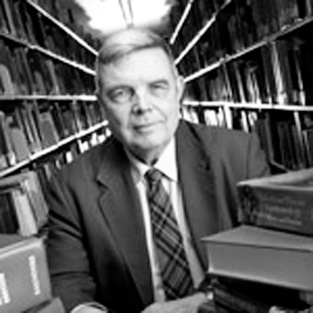 "My career was very serendipitous," Maki said, noting that as a young doctor he was drafted during the Vietnam War. "For reasons it took me decades to find out I got sent to the CDC rather than one of the arms of the uniformed services. They sent me to the EIS [Epidemic Intelligence Service]. I had little or no interest in infectious disease and I was oblivious to infection control."

Assigned to investigate a serratia outbreak, Maki jokingly recalled that he was advised to spend some time in the research library after asking, "What's serratia?"

"The CDC was an extraordinary experience," he said. "It changed the lives of most of us that were there. I found my career. I was going to be a cardiac surgeon. I was going to go back to Boston, finish my training and do cardiac surgery. But at the CDC they assigned me to the hospital infections branch and I was not very happy about it initially."

Things took a dramatic turn in 1970 when reports began coming in of patients developing gram negative bacteremia infections in an outbreak that would ultimately be linked to contaminated IV solutions and equipment. Thousands of patients were infected and some 15% died as a result, Maki said.

"I had the opportunity to play a major role in the investigation of that outbreak and it was a heady experience," he said. "It made me realize patients are vulnerable to bad things at hospitals. I realized how oblivious I had been to that in my training up to that point in time. It really was a career-changing experience."

In the aftermath of the outbreak, Maki wrote one of the first evidence-based guidelines on preventing line-related sepsis.2

"I laugh when I say evidence based because we really didn't have much evidence," he told some 4,000 APIC attendees. "We put together everything we could extrapolate from the epidemic and we also put together everything else we could find, and it was really the first guideline and it was widely accepted," he said. "It's gone through many iterations and it is full of evidence now. Almost everything that we do to prevent line sepsis is based on studies."

Looking at the evolution of infection prevention through the decades, Maki said in the current era the knowledge gained over the years must finally be translated into "failsafe" systems.

"The decade of the '70s focused on surveillance  defining the problem and being able to put together guidelines," he said. "The era of '80s was big on guidelines and studies to find what measures will reduce risk. The era of the 2000s really has been [an acknowledgement] that it is not enough to know what to do  we have to know how to make it happen. We have to develop systems that are failsafe if we want to really maximize safety."

On a personal note, Maki thanked APIC for inviting him to speak on the panel because he has learned so much from infection preventionists over the years

"I have to laugh when we talk about the hospital safety movement as though it was discovered in 1999-2000," he said. "Infection preventionists have been doing hospital safety for 40 years! APIC is the organization that has made it happen at the grassroots level. We can have all of the knowledge, but if we can't apply it and make it happen our patients aren't going to do well."

Indeed, the current patient safety movement is generally traced to the publication of a 1999 Institute of Medicine report that said medical errors were causing between 44,000 and 98,000 deaths in U.S. hospitals every year and some 1 million injuries.3 Noting that health care appeared to be far behind other high-risk industries in ensuring basic safety, the IOM report captured the public imagination and generated much political capital. Surprisingly, it said very little about HAIs, which are known to cause an estimated 100,000 patient deaths annually.

"Even though the IOM report was 223 pages long essentially only two pages were devoted to infection prevention and those two pages were in appendix E, as in 'easy to overlook,'" said Sanjay Saint, MD, professor of internal medicine and director of the patient safety enhancement program at the University of Michigan Medical School in Ann Arbor. 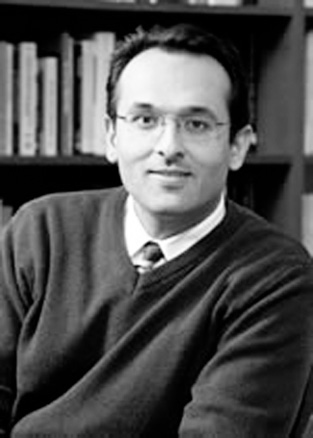 Though given short shrift in the report, IPs joined the patient safety movement and played major roles in the subsequent initiatives.

"As the decade progressed things changed dramatically, and even though the IOM report had only about 1% of its pages devoted to infection prevention, when you look at the major safety initiatives  the 100,000 lives campaign, the CMS do-not-pay list  between a third to 50% of the patient safety initiatives included HAI prevention," Saint said.

Indeed, it has been argued that infection control programs  with their use of standardized definitions, surveillance and benchmarking  are the ideal template for non-infectious patient safety initiatives to emulate. That said, with all the science and evidence-based practices established over the years, there are still dramatic differences between hospitals approaching zero for some HAIs while other facilities struggle to implement basic measures and achieve begrudging compliance.

Some of the key reasons for this discrepancy can be found through implementation science, which studies the difficult task of moving prevention measures from published literature and evidence-based guidelines to actual bedside practice, Saint told APIC attendees.

"What helps moving forward are collaboratives with leadership support, identification of committed champions, IPs and bedside nurses and others using bundles and checklists," he said. "On the flip side there are barriers to implementing evidence-based practices. We have found that certain individuals are 'active resisters.' They do things the way they have always done them. Why? Because it has always been done that way. And it tends to be surgeons and anesthesiologists."

After the supportive applause for that last comment died down, Saint described the other culprits that prevent or delay implementation of best practices somewhat indelicately as "organizational constipators."

"These are the mid- to high-level individuals who say the right things at meetings but when push comes to shove they don't do what they need to do to move things forward," he said.

As a possible result of such intractability, more federal regulations are mandating infection control measures and incentivizing prevention by refusing to pay for preventable infections.

"We had seen a dramatic expansion of federal involvement in HAIs," said Arjun Srinivasan, MD, associate director for Healthcare Associated Infection Prevention Programs at the CDC. "We really started seeing this growing national awareness finally that HAIs were preventable and in fact unacceptable. There was a greater and greater call for government entities to take a more active role in trying to enforce prevention of health care associated infections. We saw the advent of state reporting mandates early in the decade and we saw consumers find their voice on the unacceptable nature of health care associated infections and demand action from the government."

As a result in 2009 the U.S. Department of Health and Human Services (HHS) developed a sweeping national "Action Plan to Prevent Healthcare-Associated Infections," which took the unprecedented step of combining the vast resources and expertise of all its member agencies from the CDC to the Centers for Medicare & Medicaid Services.

"That action plan then became the foundation of the inclusion of health care associated infections within the Affordable Care Act (ACA)," Srinivasan said. "So with the passage of the ACA the secretary of the HHS was ordered by Congress and the President to implement the HHS action plan and take concrete steps to prevent HAIs."

Thus, after 40 years or so, IPs have managed to make a "federal case" out of HAIs, which are now officially targeted for prevention in the new national health care system.

"We're anticipating the development of pay-for-reporting and pay-for-performance with HAIs," Srinivasan said. "So I think these major transformative events that have happened in the 2000s have changed the practice of infection prevention forever."

Another huge driver in all of this has been the unmitigated increase in multidrug resistance pathogens, a situation that has led to infections that are essentially untreatable with current drugs. "If you run out of treatment what's left? Prevention. So now it is on us," he said.

As a result, infection prevention could not return to its former place of relative obscurity even if IPs wanted to.

"We are now living in a climate where infection prevention is more difficult to practice than it has ever been before," Srinivasan said. "The number of interested stakeholders, the number of people demanding action  who want to know what we are doing and how we are doing it  is greater than ever before. I would argue that this is the time for us  for infection prevention  to redefine our field and to take up the challenge that has been issued to us."