Imagine how the world might have been different had we identified this epidemic early.’

What if HIV had been detected in the small human populations where it first appeared, African bushmeat hunters who were likely infected with the novel retrovirus decades before it struck the United States and spread globally in the 1980s? How many of the 25 million people who have died of AIDS would have remained uninfected because the virus had been identified by scientists in the field?

This tragic, tantalizing question was among the provocative issues raised by Nathan Wolfe, PhD, founder of the Global Viral Forecasting Initiative, recently in Fort Lauderdale, FL at the 40th annual meeting of the Association for Professionals in Infection Control and Epidemiology (APIC). Frequently cited as one of the rising stars in infectious diseases, the virologist warned some 4,000 infection preventionists that they will continue to see pandemics arising from animal reservoirs, taking full advantage of unprecedented paths into susceptible human populations.

"The connectivity we have as a global population is really just massive — there is no way to overstate this," Wolfe said. "We have habituated to the world we live in, but if we go back 100 years — certainly 200-300 years — we lived in a world where by and large communities were separate, people didn’t travel a tremendous amount and there wasn’t the potential for communicable diseases like we have on the planet right now. "

As a result, a person infected with some novel virus anywhere in the world could be sitting in an emergency room just about anywhere else on the globe within a very brief span of time. To cite two current examples, countries throughout the world are on alert for cases of Middle East Respiratory Syndrome Coronavirus (MERS-CoV) and Influenza A (H7N9) emerging in China.1,2 Though there is still some question about the definitive animal reservoir for these viruses, the SARS coronavirus that emerged in 2002-2003 was traced back to a reservoir in Chinese horseshoe bats, with palm civet "cats" acting as intermediate hosts. While bats are suspected as the reservoir for MERS-CoV, other animals including camels are also being tested. For H7N9, 77% of the first 126 cases were exposed to live birds (chickens or ducks). Essentially all influenza viruses are of avian origin, though animals like pigs can serve as a mixing vessel for bird and human viruses to intermingle and mutate. 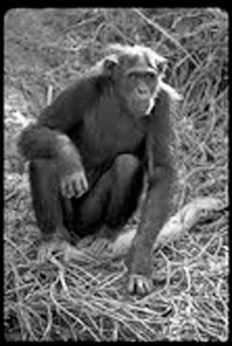 We now know that HIV can be traced back to a specific chimpanzee reservoir, crossing into humans as they hunted and butchered the animals in central Africa.

"We forget because we get our meat clean and prepackaged — you would never know there was blood in an animal from the meat you buy at the grocery store — but this is one of the most biologically intimate kinds of interfaces that exist," he said. "It is a mechanism by which many viruses can cross into human populations."

Researchers found that the natural reservoir for HIV is Pan t. troglodyte chimpanzees3 in Cameroon, an area where Wolfe does much of his current field work. Surprisingly, the viral jump between species may have occurred as long as a century ago in central Africa. How did it go undetected for so long? Let history be the judge, he said, warning that the verdict will not necessarily be kind.

"They are going to say that this was a group that really tried very hard, but despite all of their technology fundamentally missed something completely under their nose," Wolfe told APIC attendees in the closing keynote of the conference. "It took us many, many decades, until 1981 to identify the AIDS syndrome. It took us until 1983 to identify the virus that caused AIDS. Amazingly, it took until 1986 before the president of the United States even used the word AIDS in public. This was for ridiculous political reasons, but if we think back we can imagine how the world might have been different had we identified this epidemic early."

Indeed, perceptions and demonization of the so-called "gay cancer" — the whole sexual politics issue that undermined early prevention efforts — could have been completely different.

"If we had identified HIV in central Africa somewhere in the 1950s or 1960s it would have fundamentally changed things," Wolfe said. "Even if it was a small number of individuals and you barely found it. For example, you would have known that it was transmitted primarily heterosexually in central Africa. That information alone would have changed the political status of this epidemic when it hit the United States in the 1980s. Who would have guessed that would have been a benefit of finding these things early, but I always ask people to think that there are a million positive things we can get by recognizing these phenomena early. It’s almost impossible to think of any negative impact."

Before the next pandemic emerges there will be someone in the field looking for the etiological agent, very likely Wolfe or one his colleagues and collaborators in the global forecasting initiative. By following sentinel populations like African hunters they are discovering novel retroviruses and are poised to sound the alarm should a virus capable of sparking a pandemic emerge. The global risk of these pathogens is somewhat counterintuitive, as high mortality viruses like Ebola that burn through populations and then disappear are much less threatening than something like the novel H1N1 pandemic influenza virus that appeared in 2009. Though lightly regarded by the general public, H1N1 did something that would be impossible for Ebola in its present form — it infected 1 billion people in one year, he said. The implication that it could be nearly as transmissible but more virulent next time was left unspoken but clearly understood.

While we understandably focus on such "nasty actors," Wolfe reminded that we are discovering more and more about "beneficial microbes" that protect and improve our quality of life. IPs are well aware of this symbiosis, knowing, for example, that wiping out commensal bacteria in the gut via antibiotics opens a door for pathogens like Clostridium difficile to emerge as enteric infections.

The microbial world is so vast and uncharted it remains largely an undiscovered country for future biologists and virologists.

"We think of ourselves as having explored both poles and all of the oceans," Wolfe said. "We think we know Earth, but it when it comes to the microbial world it’s really like we are in the 17th century. We really understand very little about what’s around us. It really sort of evokes this alien world."

For example, Wolfe showed an electron microscopy slide of what appeared to be a cell infected by viruses, a common arrangement in the microbial world. In actuality, he explained, this was a large virus infected by smaller ones, so-called "sputnik" viruses that had penetrated their viral cousin like so many parasites. "This was only discovered two or three years ago, and to me it serves to remind us of how much is still completely unknown in this world," Wolfe said.

A photograph of an impoverished African hunter with a dead primate strapped on his back flashed on the screen, a testament to the ragged line between animal viruses and man.

"What we really see from this is that we are talking about a situation of profound poverty," he said, noting that an emerging pandemic would affect much of the globe "and yet we are leaving the responsibility to address this on a small population of some of the poorest people in the world. I believe this is one of the fundamental issues of our time even though we don’t recognize it."

Wolfe has tramped through jungle and village to ask these hunters for blood samples, finding in the first four or five years of the project that "nearly a half dozen individuals in this population were infected with novel retroviruses. Given the global cost of the AIDS pandemic how is it possible that new retroviruses are coming into the human population and we are not aware of it?"